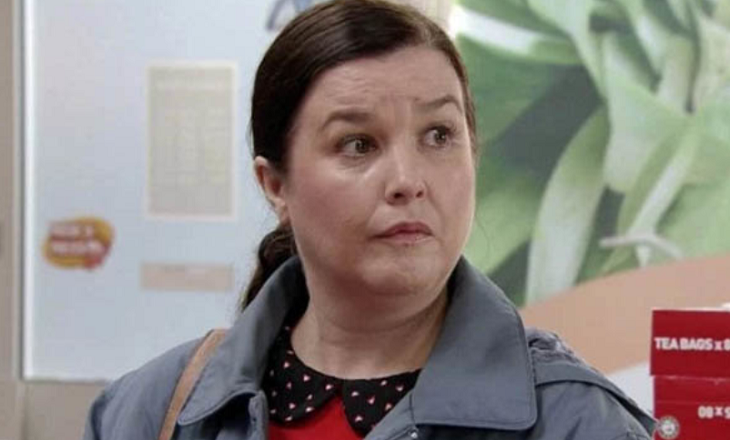 Mary Taylor (Patti Clare) is set to experience a shocking and emotional week after her husband Norris Cole (Malcolm Hebden) returns to “Coronation Street.” She will be asked for a divorce and she’ll discover that Norris is engaged to a person she doesn’t trust.

She’ll also find out Norris has been keeping a number of letters that her old flame Brendan Finch (Ted Robbins)  sent to her.

Next week, Hebden is set to reappear as Norris in Weatherfield after being away for more than a year. Hebden disappeared from the show after suffering a heart attack in 2017. 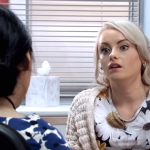 His return is well-timed, as Mary fears her husband is already dead after she saw Freda Burgess (Ali Briggs) with an urn full of ashes. However, Norris return doesn’t bring good news for Mary. Instead, she will be filled with heartache, doubt, and anger.

First, Norris will ask her for a divorce and inform her that he is already engaged to Freda. Patti Clare reveals that her character is frosty towards Freda because she was secretive, uncooperative, and evasive whenever she asks about Norris.

She thinks Freda is up to no good and that is why she is in shock when Norris tells her he wants to marry Freda. She believes Freda is blackmailing him and doesn’t understand why he wants to be with her.

Clare also explains Mary’s refusal to give Norris a divorce. Her character is not only distrustful of Freda but she is also genuinely concerned for Norris’ welfare.

She also feels betrayed when she finds out that Norris, whom she trusted, kept Brendan’s letters for her. She gets shocked even more when she discovers that Brendan has proposed to her in one of his letters.

TONIGHT AT 7.30 & 8.30PM. With still no word from Norris, Mary chats to Rita and Tracy who suggests that maybe Frida has done away with him.

When asked about what she liked about her character, Clare said she enjoys that she is confident, has no fear with men, and can even be rude without boundaries.

She likes to play both serious and comedic scenes and feels really happy for being able to work with Hebden once again.

Emmerdale Spoilers: Harriet Discovers Will Is Alive – Receives An Ominous Warning About Dawn