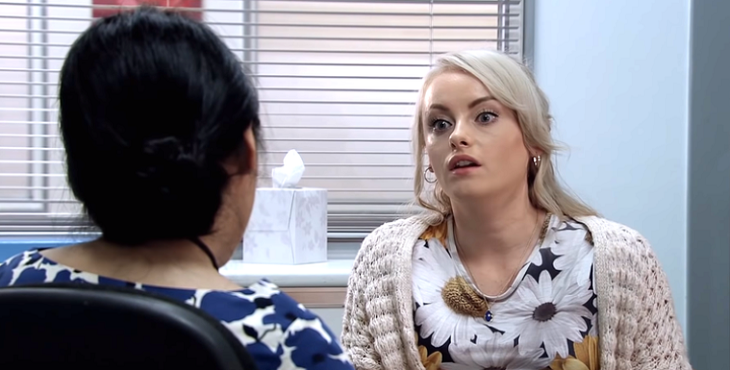 “Coronation Street” finally cleared up the rumors that Katie McGlynn would leave the cobbles this year. McGlynn, who plays Sinead Tinker in the ITV soap, is currently involved in a cervical cancer storyline.

The news of a possible exit came after Faye Brooks, who portrays Kate Connor, announced that she was quitting her role. A spokesperson from “Coronation Street” said Sinead’s cancer storyline “still has a long way to go. Any speculation threatens to undermine the storyline for viewers.”

This is good news for all fans of the sudser, as it hints that McGlynn isn’t going anywhere anytime soon. Previously, executive producer Iain McLeod mentioned that he still hadn’t decided on how Sinead’s storyline would end. 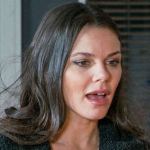 “It’s a really long-running story and we genuinely haven’t decided what we are doing with the ending,” McLeod said. “Certainly, the longer it goes on the harder it becomes to kill Sinead because Katie and Rob have been so good in it – they’re almost acting their way off the butcher’s block.”

He added that he’s keeping an open mind and is closely considering an optimistic ending and one that doesn’t end well. Still, on the note of McGlynn’s future, the “Coronation Street” spokesperson also gave an assurance that: “Katie is fully committed to playing out the extremely important storyline she is currently portraying on screen.”

Although it was made clear McGlynn is staying, there is still a possibility of an exit once her cancer storyline comes to an end. Viewers may recall way back in January, McGlynn said that the possibility of her leaving the soap is 50/50.

Coronation Street Spoilers – Story Has A Long Way To Go

“I’m contracted well into this year but it is up in the air. Although I have to wait and see what happens, I quite like not knowing. With the nature of my storyline, I guess it’s 50/50. Either way, I’d be happy, though.”

Sinead was diagnosed with cervical cancer last year. At first, she tried her best to conceal it from Daniel Osbourne (Rob Mallard), her boyfriend who was planning a surprise wedding. Daniel eventually found out about her health and gave her the support she needed as well as their unborn child.

Sinead also went against her doctor’s recommendation to consider terminating her pregnancy. She gave birth to a baby boy, albeit earlier than planned. For now, viewers can only wait and see how Sinead’s story will turn out. For the meantime, they can take solace in the fact that her story still has a long way to go.