Emmerdale Spoilers: Harriet Discovers Will Is Alive – Receives An Ominous Warning About Dawn 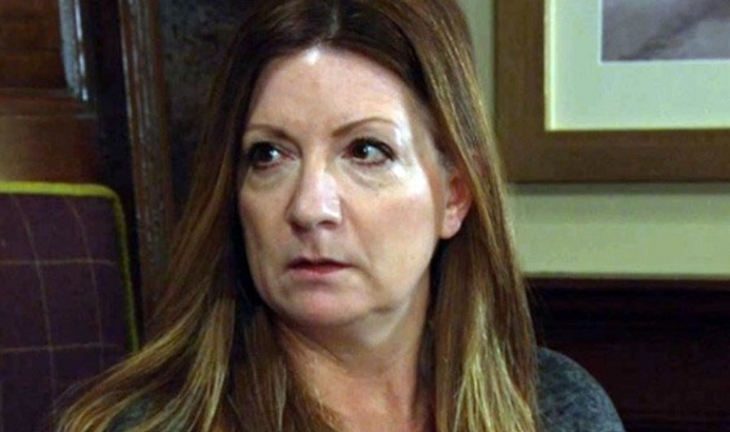 On “Emmerdale,” Harriet Finch (Katherine Dow Blyton) discovers that her ex-husband, Will Taylor (Dean Andrews) is alive and could be the person who is making her life a misery. She also receives a grim warning that Dawn Taylor (Olivia Bromley) could be involved in some way.

Harriet met with a private investigator as she tried to figure out who has been harassing her. She discovers that it might be her ex-husband, who has been taunting her for helping the police put him in prison a few years back.

Viewers may recall that Harriet had her face showed into gravel by an unknown hooded figure. As if that wasn’t enough, she gets trapped inside the church with no one nearby to help her. She then receives a series of ominous prank calls and a threatening text message. 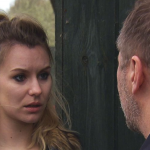 At first, the police pinned the blame to Dawn because of her complicated past. She refuses to believe that Dawn is involved. What she failed to realize is that Dawn wants to make her suffer for sending her father to prison.

Harriet informs Dawn about Will, unaware that the two are working together. Dawn pulls an act and makes Harriet believe that she’s surprised with the news. Later on, Harriet receives a stern warning from Moira Dingle (Natalie J Robb).

She tells Harriet that Dawn might be up to something and that she cannot be trusted. She still refuses to believe that Dawn has something to do with Will or the person who is stalking her.

Meanwhile, Dawn gets a hint that Harriet is starting to get suspicious. She confides in Will but gets no assurance as he tells her of his plans to bring his vengeful plot to the next level. This adds to her problems as she still continues to worry that authorities might take her son away.

Will “Emmerdale” fans finally see Dawn realize that they’ve gone too far? Where does her loyalty lie?

Is it with her vengeful father who she has not seen for years because of Harriet? Or will it be with Harriet ,who has been doing her best to look out for her and the welfare of her son?