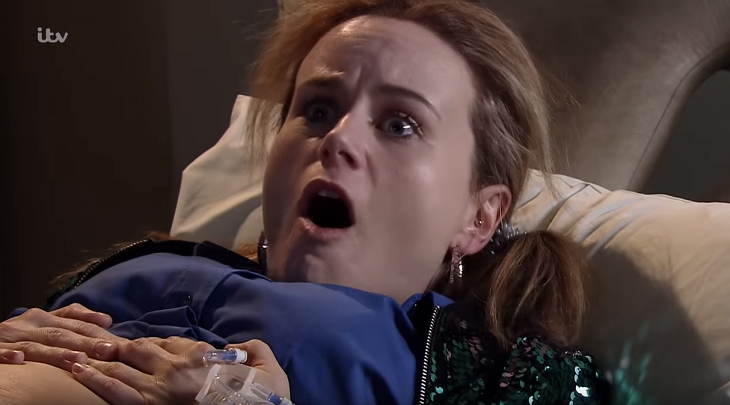 It was supposed to be a happy pregnancy but it looks like it’s going to be anything but for Gemma Winter (Dolly Rose Campbell) and Chesney Brown (Sam Aston). Coronation Street spoilers indicate that the pair is going to face a very difficult decision when they find out the news that they are expecting quadruplets. Here’s what you need to know.

Gemma has made it pretty clear that she’s determined to carry all four of her babies despite all of the risks that are involved. There was no way that she was going to abort them. However, the couple will face a huge challenge in the next several weeks. That’s because they will realize that raising for children – and all at once, no less – is no walk in the park.

As a matter of fact, Rita Tanner will sit down with Gemma and tell her that her first order of business is the find a new apartment. There’s no way that they will be able to raise their growing baby in the flat they have now.

Chesney thinks that they should move back to Number 5 so they can live together as friends. Jenny Connor (Sally Ann Matthews) even starts a collection to help them with their finances. And while things seemed to be going smooth for them up until now, Chesney will have a realization that he won’t be able to afford his new family on his very tight budget. Needless to say, the couple is in over their heads and it’s too late to back out now.

Chesney And Gemma Have A Tough Road Ahead

Coronation Street spoilers indicate that Chesney and Gemma are going to clash in more ways than one. While there will be some light-hearted moments during her pregnancy, she is going to be faced with some serious issues and dilemmas as well.

Chesney, meanwhile, is going to work extra hard to make sure that he doesn’t let his new family down. Will Gemma and Chesney’s relationship even survive by the time Gemma is ready to give birth? That’s the big question. Of course, fans will have to tune in to find out what will happen next.

General Hospital Spoilers: Carly And Ava Call A Truce — Is It About Avery?