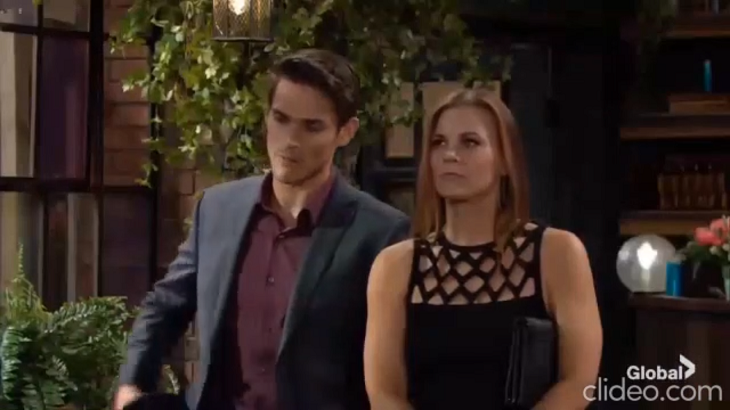 The Young and the Restless (Y&R) spoilers tease that Vicky Newman (Amelia Heinle) should have never given her brother, Adam Newman (Mark Grossman), fifty million dollars. Doing so now allows Y&R’s returned villain to have opportunities he wouldn’t otherwise enjoy and then be able to employ.

Fans are right to assume that Adam deposited his sister’s check and that the heavy cash he offered to Phyllis Summers (Gina Tognoni) isn’t coming from his Las Vegas, Nevada, stash. That would suggest that he had plenty more than what was seen inside the gym bag.

Attached to the above pitch to a desperate Red is Adam’s intent to get Nick Newman (Joshua Morrow). This streaming season of sibling rivalry is sponsored by the revisited paternity issue.

Adam’s underlying goal is to get Christian Newman (Jude and Ozzy McGuigen). He wants to enter that fight dirty, likely seeing to either to mine an ace and then hold it back, use it if needed, or drop the knife on Nick early.

Y&R writing Vicky into giving Adam fifty large, without also at least leveraging that against some forced exit plan, felt wrong when that dramatic scene was projected. Heinle’s character is smart, but to be fair has made other impulse-based mistakes before. Such is Nick’s weakness as well, which is part of Adam’s overall calculation.

As for Phyllis, Adam couldn’t have picked a better ally. While an unlikely mercenary, she has the computer skills he needs to procure information from Dark Horse’s servers. Phyllis also is motivated due to Nick having ended the latest attempt at a Phick revival.

Because Jack Abbott (Peter Bergman) give a hard no to her accessories pitch and then in bending to Lauren Fenmore (Tracey Bregman), who forced a stop to the JCV undermine plan, Phyllis feels she has no one to turn to.

RT and give a warm welcome to Mark Grossman who makes his #YR debut today as Adam Newman! @CBSDaytime pic.twitter.com/7S2fZ6Zgmn

Lauren’s pressure also temporarily removes her as a best friend resource. Even Summer Newman (Hunter King) can’t be counted on, as she turned Phyllis into Jack.

As hardcore Y&R fans know, Tognoni’s on-screen scenes are about to end. Michelle Stafford will be returning to the role she originally embodied in the summer. So, the Adam-Phyllis agreement is Tognoni’s write-out.

Adam, sensing vulnerability, makes Phyllis an offer she can’t refuse. That’s a pairing that was unexpected by many. It’s a dramatic way to send Tognoni off and soon, welcome Stafford back. All plot reasons cited above makes this good soap.