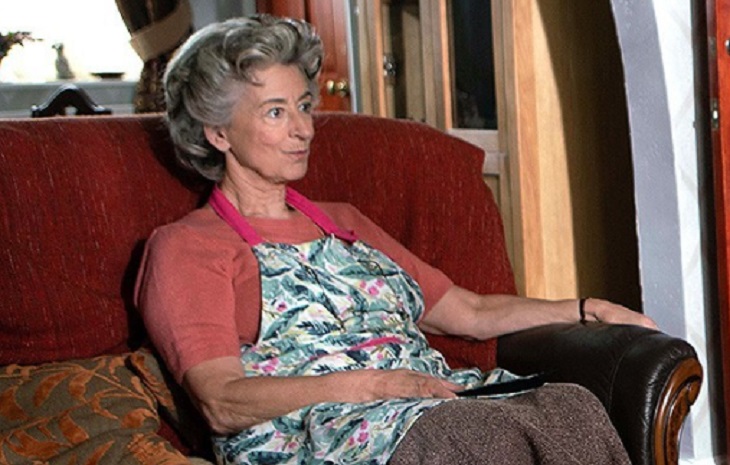 Feeling hurt with his recent discovery on Coronation Street that it was his grandmother Evelyn who abandoned him in front of the police station when he was still a baby, Tyrone told his grandmother to never come back to the cobbles. His hurtful words came well before Evelyn’s trip to Italy. This left “Coronation Street” viewers wondering when Tyrone’s grandma will come back to the show or if she will ever return.

Fortunately, Coronation Street spoilers revealed that Evelyn will return to the cobbles but viewers have to wait until March. What will Tyrone’s reaction be once he sees his grandmother again? Will they be able to patch things up and move on or will Tyrone continue to hold a grudge?

In the previous Coronation Street episodes, viewers may recall that Tyrone found out about Evelyn’s secret when he followed her to the house of a man who ended up to be her grandson James. At first, the mechanic was just worried about her grandmother who has been having memory problems. He confronted Evelyn right away and wound up having a serious talk with her and James. He explained how Evelyn raised him after the death of his parents died and that she’s been spending holidays together at least once a year.

“I believe in fairy tales Ches, and today you rescued your princess.”

Can we all just take a moment to appreciate how adorable Emma is.

At first, Tyrone only felt a bit jealous but things become more serious when James dropped a bombshell about Evelyn, a secret that changed how Tyrone saw his grandmother.

For the longest time, Tyrone believed that it was his mother Cassandra who left him in front of the police station. But the truth was, it was Evelyn who left him there and he had to find out about it from James.

Having no other choice but to confess, Evelyn confirmed what James said. She opened up to Tyrone about his mother and told him that she was dead and buried in South Africa. Evelyn also swore that she has no idea who his biological father is.

Although she had a few ideas, she told Tyrone not to bother looking for them. She continued that Cassandra was a lovely, respectful, and polite girl but she had problems. She also confessed that his mother was a drug addict and during that time, she had no choice but to give him up.