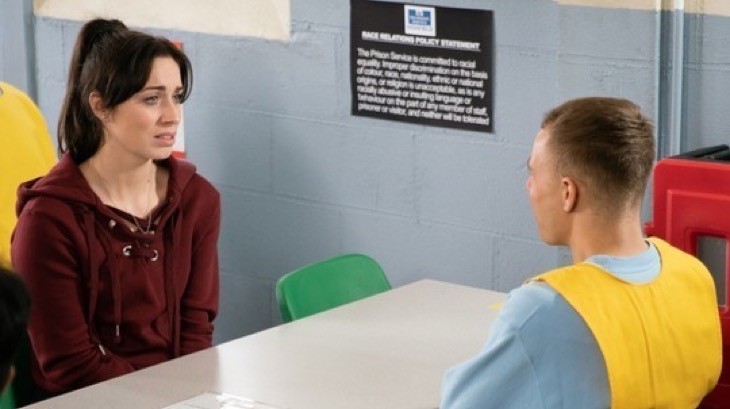 Coronation Street confirms a death storyline, with Clayton Hibbs (Callum Harrison) back in the scene. According to spoilers, Shona Ramsay (Julia Goulding) will pay Clayton a visit at the prison to bring the news of Dane’s death. Shona said his father died of an overdose. Clayton, apparently, already knew about the shocking news.

Clayton then tells Shona he is being bullied at the prison and asks her to help him to be moved to an open prison. However, Clayton clearly hasn’t changed his ways despite serving his sentence in jail for murdering David Platt’s (Jack P. Shepherd) wife, Kylie Platt. Will Shona help him? Spoilers also tease that Nick Tilsley will (Ben Price) be furious that Shona is getting involved with Clayton again and will accuse her of not caring about what David would feel.

Coronation Street spoilers reveal that Clayton will be able to get out of prison for one day to attend his father’s funeral. As can be expected, he will use the opportunity to escape, and spoilers tease it’s going to be a dramatic attempt.

Peter's boat isn't the only one to set sail on the Street. Who remembers this scene with Des Barnes, Steph, Kevin, Derek and Mavis back in 1991! 🚤#TBT #ThrowbackThursday #Corrie pic.twitter.com/fc0sQwu4G9

Meanwhile, another death of a character is on the horizon, and the storyline will bring back a familiar face to Weatherfield.

Roy Cropper’s (David Neilson) foster son Wayne Hayes will return in town to investigate someone’s death as the Underworld factory collapses. As a health and safety inspector, Wayne would put pressure on Carla Connor (Alison King) and blame her for the accident that led to the person’s demise.

Will Wayne be able to find Carla guilty or innocent? Viewers know someone will orchestrate the collapse at the factory. As a result, the locals would be angry with her and her mental health would take a hit amid all the accusations and pressure.

It is not yet clear who will be the casualty of the accident. Although, there is one character who is already confirmed to be leaving the soap— Bhavna Limbachia is leaving her role as Rana Habeeb—and spoilers tease of a grim ending for her.

Bold and The Beautiful Spoilers: Flo and Zoe Engage In An Epic Standoff

Bold and the Beautiful Spoilers: Brooke Is About To Uncover The Ugly Truth