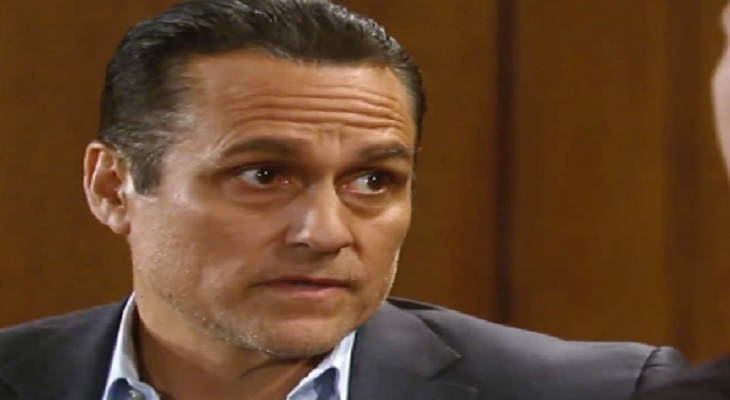 According to General Hospital spoilers, he also has his security expert Brick (Stephen A. Smith) trying to track Raj Patel (Noshir Dalal), the drug lord and gunrunner who tried to kill Lulu several years ago, and who Dante was sent to take down.

General Hospital Spoilers – Search For Dante Is On

Brick reported back to Sonny and Dante’s mother, Olivia Falconeri Quartermaine (Lisa LoCicero) that Raj had been off the grid for several years, and that his contacts weren’t able to give him any current whereabouts, but that he would keep trying. It was at that point Sonny told Olivia he had someone else that could help find Dante, and that would be Anna!

Anna’s got a lot of irons in the fire already, with the mystery of the blindness virus, she and who she thinks is Kevin Collins (Jon Lindstrom) having contracted it, and the how and the where of that; and if it was indeed her twin Alex who worked with Dr. Arthur Cabot. She has picked up on the twin connection thanks to her realization that it must have been Alex in the picture Robert Scorpio (Tristan Rogers) showed her, although she may not know that Alex likely suffered the same virus attack at the same time that Anna herself did.

It appears that Robert and Finn (Michael Easton) will handle that investigation while she helps Sonny find Dante. But she will have the contacts that Sonny needs to be able to track down Dante and at least get a message to him, even if he is not able to come home out of deep cover immediately!

Stay tuned to GH and check General Hospital spoilers frequently to see if Anna and Sonny can bring Dante home to be with Lulu in her time of great need!