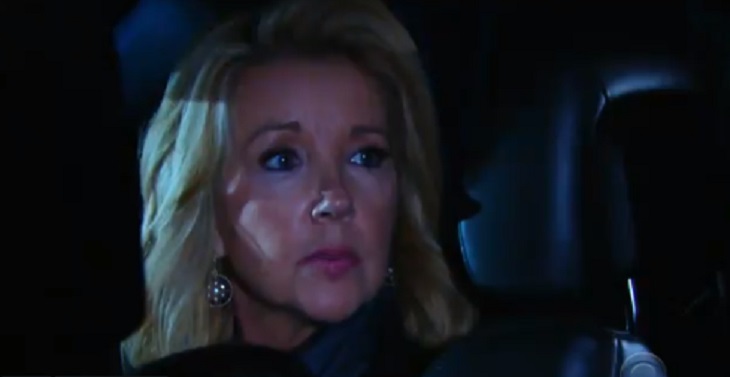 There are a variety of suspects on ‘The Young and the Restless’. Someone set fire to the Newman Ranch stables for reasons that may be nefarious. But who was it and did that same person also attack Nikki (Melody Thomas Scott)?

An easy out would be to write one of the Ranch staff as having accidentally caused the blaze. That person, fearing for her or his career, is keeping silent about the terrible mistake. In other words, this scenario wouldn’t reveal another coverup crew manipulator.

Young And The Restless Spoilers – Tessa The Arsonist?

The other referenced mind-bender obviously implies Tessa (Cait Fairbanks). But Miss Porter told Vickie (Amelia Heinle) that she didn’t know J.T.’s (Thad Luckinbill) body had been moved, let alone where it is.

Tessa seemed believable, but she’s previously played long cons. Until this mystery person is revealed, Fairbanks’ increasingly curious character must remain under suspicion. Projecting a burn-down at the Ranch and a silencing of Nikki could make sense considering Tessa’s fragile state of mind and egregious actions to-date.

There is one character who is tied to J.T. more deeply than Vickie. This one-time cast presence returned to GC earlier this year. Yes, Mackenzie (Kelly Kruger) can not be ruled out.

Young And The Restless Spoilers – Reed or Mackenzie Responsible?

‘Mack’ is soon set to return to town. She gave birth to two of J.T.’s children, whereas Vickie (Amelia Heinle) only has Mr. Hellstrom’s son Reed (Tristan Lake Leabu). If Mackenzie learned what Nikki did to J.T. and doesn’t know that incident it was an accident, then there’s no telling how she may have reacted, up through and including arson and physical force.

Reed. Yes, if he learned that his dad was killed, there’s no way to know what he would have done. If J.T. was afflicted by some supposed mental malady, then why not have his genetic offspring also go berserk? This outcome would likely write-out another character, but it’s possible.

Young And The Restless Spoilers – A Villain Returns?

As is always true in daytime, any past villain could be resurrected to attack the Newman family. Ian (Ray Wise), Patty (as last played by Stacy Haiduk), the one-eared Marco (played in a dual role by Peter Bergman), or countless others could also fit this dastardly bill.

Fans of ‘The Young and the Restless’ rightfully express their opinions on a regular basis. So, who set the Newman Ranch stables on fire and is this incident connected to Nikki’s attack? Please vote in our poll below!