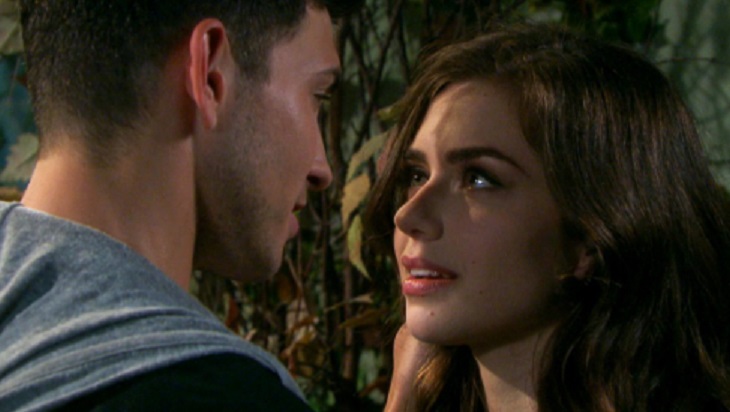 Days of Our Lives spoilers tease that Ben Weston (Robert Scott Wilson) may not have as pure of motives as he claims to Ciara Brady (Victoria Konefal) about changing himself and his life!

Ciara believes in Ben and second chances, and the ability of people to change. On the other hand, Ben’s never tried to live a straight and honest life and work an honest job, nor did he have that example as a child—so even though he may mean well, he may just not exactly know how!

Seeing as no one would give him a chance because of his past life and misdeeds, including as a serial killer called “The Necktie Killer”, he convinced Stefan DiMera (Tyler Christopher) to give him a job as his head of security. Stefan warned him he was on probation with the job and if he did one thing wrong, he was fired!

Days Of Our Lives: Ben’s Troubled Past

Ben does have a terrible past to overcome on Days of Our Lives. Even though he blames the murders and kidnappings on his psychotic break, they still happened. He even tried to kill Ciara’s mother Hope Brady (Kristian Alfonso) once so DAYS fans can’t really blame her for not trusting him and wanting him to stay away from Ciara!

In addition, Ciara was kidnapped as a baby by Patrick Lockhart (Brody Hutzler), who had also kidnapped Hope herself, and raped as a teen by a stepbrother Chase Jennings (Jonathon McClendon) and Hope lost Ciara’s brother Zack Brady (Scott Shilstone) to death due to a hit-and-run. Considering all that, no one can really blame Hope for being overprotective!

Days Of Our Lives Spoilers – Hope’s Not Giving Up

Being a police detective, Hope also would be naturally suspicious of someone with Ben’s “resume” even if she hadn’t had personal experience with him!

Stay tuned to DOOL and keep checking Days Of Our Lives spoilers frequently to see if Hope’s concerns about Ben prove valid, or if he does manage to (mostly) overcome his dangerous past! Time will tell if a good woman’s love in the person of Ciara Brady will ultimately change Ben Weston!