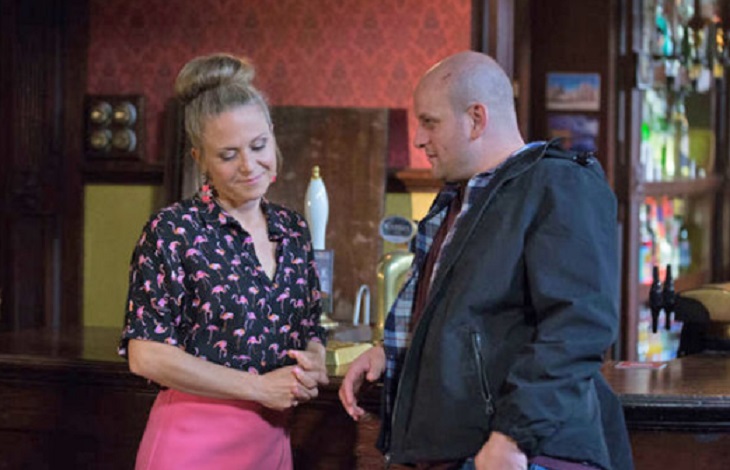 EastEnders spoilers show Mick Carter really is having the worst year of his life. Not only did he serve time behind bars for a crime that he supposedly didn’t commit, but not it looks like his worst enemy is about to take away his wife, too. But it’s not what it seems though.

New teasers suggest that Linda Carter will get very up close and personal with Stuart Highway, but it’s all part of her secret plan to get a confession out of the villain.

Apparently, EastEnders spoilers tease Linda will share a passionate kiss with Stuart. She’s already made a public show of abandoning her husband Mick, but that’s only because she has a plan to trick Stuart.

He lied to authorities several weeks ago and said that it was Mick who shot him at the Queen Vic Pub. Even though Mick confessed to Linda that he was thinking about shooting Stuart, he never really did it.

In new scenes that will air in mid-December, Mick’s own mother Shirley will warn Linda to get moving. She wants the Stuart problem solved by the end of the week. If Linda can’t get Stuart to confess then Shirley will take matters into her own hands.

Now the question is, will Linda just share a kiss with Stuart or will she actually sleep with him, too? Either way, Linda feels disgusted with herself and hates that she’s been put in this position. Fans will have to tune in to find out what will happen next!

Eastenders airs weeknights on the BBC network. Check your local listings for times. In the meantime, drop us a line with your thoughts in our comments section below.