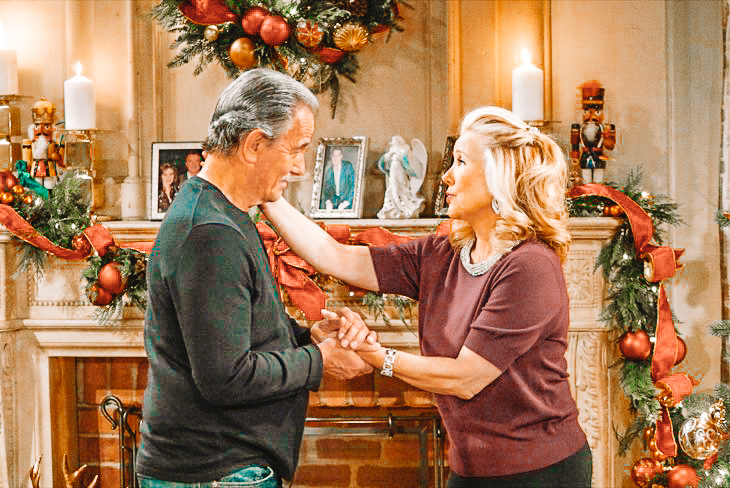 Victor (Eric Braeden) is said to have been away on business on ‘The Young and the Restless’ for a number of months. Now, with Nikki (Melody Thomas Scott) having her life threatened and being rushed to Genoa City Memorial Hospital, the Moustache is drawn home.

A dramatic return for the still-great Victor Newman isn’t a surprise. He’s flown to hither and yon countless times before, often descending upon GC amidst heightened circumstances. This time Victor arrives as the coverup crew faces its latest drama as part of a storyline that’s been stretched since the middle of April.

Actually, fans could tag the start of the J.T. (Thad Luckinbill) arc on last December’s calendar. That’s when Luckinbill reappeared in this fictional Wisconsin town as Mr. Hellstrom, who hadn’t been seen since 2010.

That formerly normal, likable character wasn’t brought back for an indefinite stay. Instead, Y&R decided to use him to further a topic that was well beyond the bounds of the character Luckinbill originally played. Such are some fully questionable daytime ideas.

Plenty has been swirling while Victor has been away. Now, Nikki is attacked by an unknown assailant and the stables at the Ranch are burned down!

Tessa (Cait Fairbanks) has already been revealed the cover-up crew’s blackmailer. Whether she’s also a true villain, meaning Tessa committed this heinous act against Nikki and also pulled a Sharon (Sharon Case) in setting fire to the Ranch is yet to be known.

To be sure, Victor must now learn everything. Nikki has withheld all from her husband to-date, which was foolish and nearly proved tragic.

Braeden’s personal leave of absence from the cast took place late this summer and into the fall. Victor’s recently been seen via video chat and wasn’t expected to return this soon.

Whenever Nikki has truly needed her husband, he’s often been there for her. This reunion, in particular, appears to lead into the nearing conclusion of complex storyline that is perplexing. If anyone can help to resolve the question of where J.T.’s body is and also identify who attacked Nikki and the Ranch, Victor is up to these tasks.