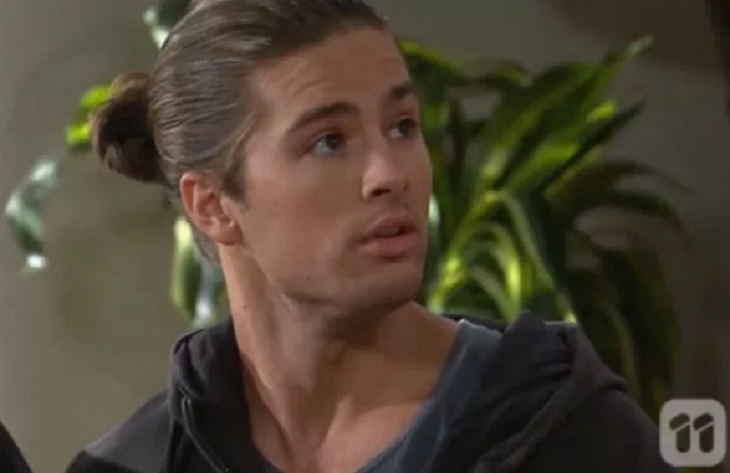 Neighbours spoilers tease that as Tyler’s murder trial gets closer, has Piper secured her boyfriend a one-way ticket to jail?

Neighbours favourite Piper Willis (Mavournee Hazel) is left shattered next week when she realises that she may have accidentally sabotaged Tyler Brennan’s (Travis Burns) impending trial.

Tyler is accused of killing his father Hamish Roche on Neighbours after hitting him over the head with a gnome following a bitter confrontation. After Tyler’s charges were upped from manslaughter to murder, Piper is determined to help her boyfriend in any way possible.

Wanting to gather support for Tyler, Piper does what turns to what she knows best – online vlogging. For her popular vlog ‘Pipe Up’ she records and uploads a new episode featuring a montage of Tyler’s family and friends singing his praises and showing their support for him.

With her previous bad experiences of vlogging in mind, Piper is relieved when the video initially gets a positive online response. However, this quickly changes when trolls start to comment on the video, making their unhelpful thoughts known. Worst of all, one malicious commenter posts an old video of Piper complaining about Tyler attacking T-Bone, which quickly gains much attention.

To make matters worse, the West Waratah Star website soon becomes aware of Piper’s old video about the attack and writes a story about it, giving it further exposure. The article paints Tyler out to be a thug and a violent person. Piper is therefore horrified when she realises that her act of kindness has backfired, especially considering potential jurors could see this and use it against Tyler.

When Terese finds out she does her best to be a supportive mother to Piper, and finds a way for owner Tim Collins to take the article and accompanying video down from the Waratah Star website. Nevertheless, both Piper and Tyler fear that the damage has already been done.

Has Piper just ruined any chance her boyfriend has to be found innocent in court? Watch Neighbours over the coming weeks to find out!