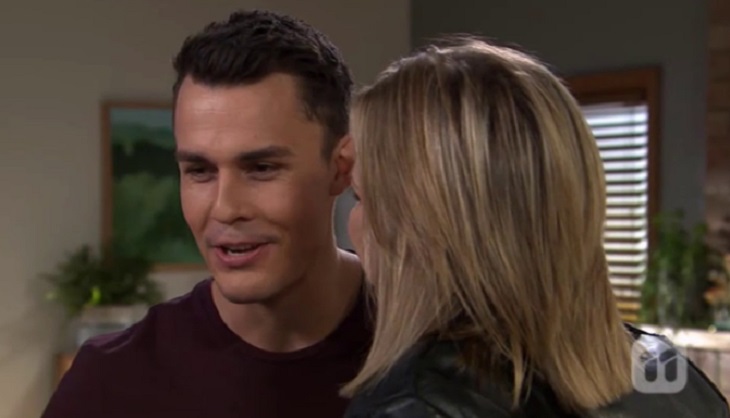 They only got together fairly recently, but Neighbours spoilers tease that Jack and Steph’s relationship is already nearing the end.

It seems that Steph Scully (Carla Bonner) just can’t hold down a long-lasting relationship, and she again needs to help of good friend Toadie (Ryan Moloney) to give her advice.

The long-time Neighbour Steph gets a shock when she returns to Erinsborough later this month to realise that her relationship with Jack (Andrew Morley) is in trouble.

Steph has spent the last month in Colac with her mother, who was feeling particularly lonely over the Christmas period. When Steph returns back to Ramsay Street, Jack agrees to meet her at her house. Surely the two have a lot of catching up to do, especially regarding the disappearance of Jack’s son Gabe (Kian Bafekrpour). However, when Steph enters the house she is disappointed to find that her boyfriend isn’t there as planned.

Instead, Jack had driven to the airport to pick up Paige Smith (Olympia Valance) and their son Gabe. It appears that Steph is the last thing on his mind right now – it wouldn’t be very hard to send Steph a simple text explaining the change of plans.

To make matters worse, Neighbours spoilers tease that Jack then cancels a lunch date that he and Steph have arranged, choosing instead to spend as much time as possible with his son. That is a normal reaction after his son was kidnapped though, especially considering Steph didn’t even return home to comfort and support her boyfriend in that desperate time.

Instead of their private lunch date, Steph decides to join Jack, Paige and Gabe for lunch but gets annoyed that Gabe is the only topic of conversation. Steph therefore goes to Toadie for advice, declaring that she and Jack are not in the same head space at the moment.

As a good best friend, Neighbours spoilers indicate Toadie is eager to help out and gives Jack some advice on how to keep Steph happy – but is the beginning of the end of their relationship? It seems so, especially when other spoilers reveal that Jack’s feelings for Paige begin to resurface.

Tune into Neighbours on Thursday 25th January to find out!