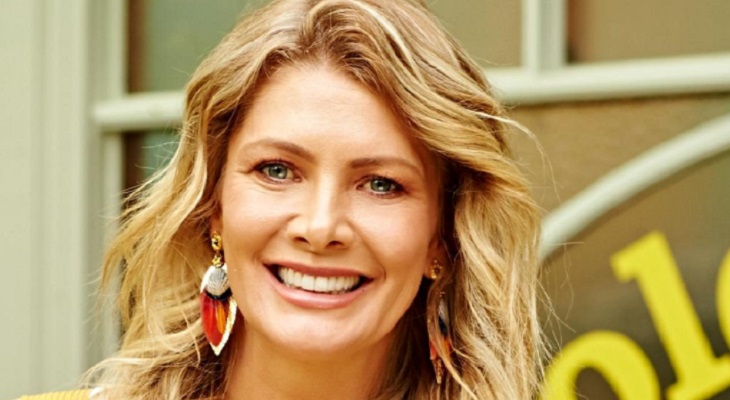 While news of Izzy’s return has been circling for a while, Neighbours officials have finally confirmed a return date!

Soap Opera Spy first reported that Izzy would be returning months ago and since has kept fans up to date with all the teasers that have been released. Well, we can finally tell you when the Izzy storyline officially begins!

Infamous homewrecker Isabelle ‘Izzy’ Hoyland, played by Natalie Bassingthwaighte, will return to Erinsborough on Tuesday 13th February. This episode will be a movie length special aired at 6.30 pm in Australia (episode times will differ depending on your individual countries television schedule.)

Related: Home And Away Spoilers: Blackmail, Kidnappings, And Scary Encounters

The 90-minute episode will see Izzy come face to face with former flame Karl Kennedy (Alan Fletcher) and his wife Susan (Jackie Woodburn), where there are sure to be fireworks. The exciting episode will be set in the context of Toadie’s belated 21st birthday party, which sees old and new residents of Ramsay Street get together in celebration of their beloved Toadfish.

We have already reported that Izzy and Stu Parker (Blair McDonough) will be returning, but we can excitingly reveal that a further three characters will be returning for the extra-length instalment. These past fan favourites are Lance Wilkinson (Andrew Bibby), Kevin “Stonefish” Rebecchi (Anthony Englemen) and Sindi Watts (Marisa Warrington).

Talking about the episode, Network Ten head of drama Rick Maier commented, “Some stories are just too big, too dangerous and too much fun to tell in half an hour. Super-size Neighbours is a treat for all fans of our favourite show.”

Further, Neighbours executive producer Jason Herbison said, “As well as Izzy Hoyland’s spectacular return, the 90-minute extended episode launches a number of exciting new stories involving all our current cast, some looking very different, and a number of past characters will be dropping in. It’s a prelude to what is ahead for the rest of the week, which includes some shocking revelations, intrigue, desperation and of course romance, and there is more to come in the coming months.”