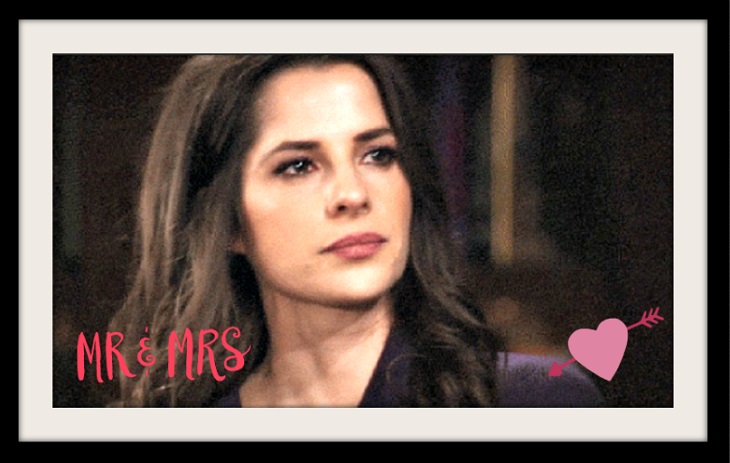 General Hospital spoilers tease that in  just a few short weeks there will not be a Sam Morgan [Kelly Monaco] running around Port Charles any more.  The iconic ABC soap opera character will officially be known as “Mrs. Samantha Cain” from here on out.

General Hospital spoilers in the recent edition of Soap Opera Digest reveal that before the ink is dry on her divorce papers from Jason Morgan [Steve Burton], Sam announces that she is marrying Drew Cain [Billy Miller] and making their relationship official.

General Hospital fans have waited years for Jason Morgan to return to GH so that he could be with his wife Sam, but she’s clearly not interested in resurrecting the super couple and makes her choice to be with Drew Cain.

GH head-writer shared details of the upcoming nuptials with Soap Opera Digest and promised a small and romantic ceremony for Sam and Drew.

Related: General Hospital Spoilers: Is Maurice Benard Leaving GH In The Near Future?

Altman teased, “After the wedding Sam will be known as Samantha Cain.  It’s making a very big statement that that is the name she is choosing to take.”

What do you think of Sam’s new last name?  Do you think she and Drew are in it for the long haul, or will JaSam be back together sooner than we think?  Share your thoughts in the comments below!

The Bold and the Beautiful Spoilers: Sally Digs Up Dirt – What Is Hope Logan Hiding?