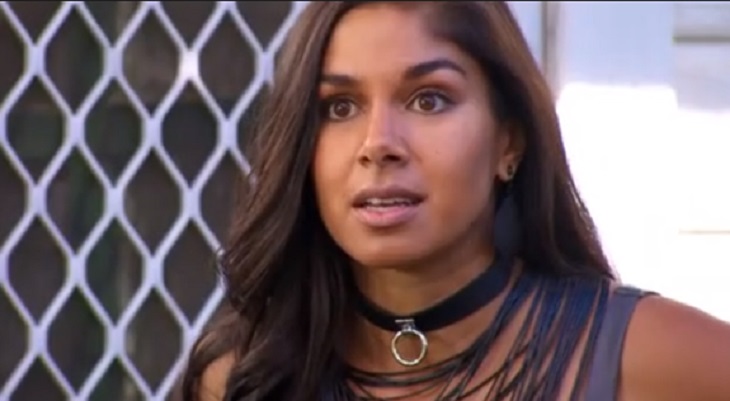 Next week the drama ratchets up in an epic way on Home and Away and fans won’t want to miss a single second of the Aussie soap’s bombshell revelations for the New Year.

Home and Away spoilers tease that the beautiful people of Summer Bay will wonder just how to deal with Willow Harris (Sarah Roberts) after the newbie attacks and ties up Justin Morgan (James Stewart) in the garage. Girlfriend wants the money that was taken from her car while it was being worked on! The huge sum isn’t hers (that’s what they all say), and the real owners want it back or else there will be Hades to pay.

Problem is, Justin has already turned the substantial sum over to the police so he can’t help her. How will the beautiful leather clad vixen respond? She steals the family’s dog! For a cool $15,000 they can call the whole misunderstanding off she says. Oy vey!

Related: Home And Away Spoilers Tease Big Wedding Drama in 2018

Will Justin have a dangerous reaction when he learns that Willow has broken into the Morgan family home and kidnapped one of its most loveable members?

Next week Ziggy (Sophie Dilman) herself has a scary encounter when she comes across Mick Jennings (Kristian Schmid) having a breakdown. He hasn’t had his medication and is in a bad way. It doesn’t help that she bumps into him in the dark of night.

Ziggy makes it to the Diner safely, but Mick stumbles about oblivious to his environs and himself and others.

Kat (Pia Miller) comes to the rescue and the beautiful policewoman takes Mick to the station. Mick gets some needed medication, but the damage has been done. Ziggy is asked to give a statement against Mick. Will Mick’s behavior have repercussions down the road?

With Mick’s scary outburst now public knowledge, Luc’s loved ones may have something to use against him. Has he cooked his own goose? It doesn’t look good for him, let’s just say that.

Look for Home and Away to air the foregoing episodes on January 22 and January 23.