Neighbours Spoilers: Blackmail And Poison – Tyler Is In Serious Danger 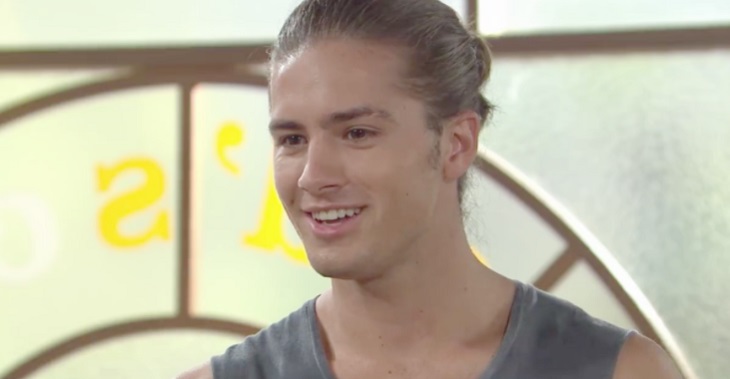 Young Neighbours couple Ben and Xanthe are first to find a shocking discovery next week, as Tyler’s enemies make life harder for him.

As Neighbours spoilers show, Tyler (Travis Burns) will soon find himself a victim of blackmail by friends of Philip Banks, a powerful and dangerous inmate at the prison he is likely to be sent to.

Related: Neighbours Spoilers: The End Of the Road For Tyler

Dodgy associate Adrian Snyder is responsible for threatening Tyler and those close to him, and has already forced him to spy on Bank’s wife.

Upcoming teasers show that the danger is extending to Tyler’s friends and family, as Ben (Felix Mallard) and Xanthe (Lilly Van Der Meer) get drawn into the drama.

Upon returning home from a romantic drive, the couple find Piper’s (Mavournee Hazel) cat Clementine lying motionless in the middle of the road. As a new driver, Ben immediately panics and fears that he hit her with his car.

When the two teens approach Clementine to help, they discover the real explanation for what’s happened. Tucked into Clementine’s collar is a threatening note which reads ‘To our neighbourhood garden gnome killer – we don’t like waiting.”

Related: Neighbours Spoilers: Paige And Jack Give In To Temptation

The pair rush Clementine to the vet where she is saved, but are forced to call Terese (Rebekah Elmaloglou) after being handed a huge bill. Tyler joins Terese as she hurries to the vet, and is disgusted when they’re told that Clementine was poisoned.

Seeing the worry on Tyler’s face, he is forced to fill her in on everything that’s happened. She insists they go tell the police, but Tyler maintains that it’s too risky and he will sort it out himself. Agreeing not to tell Piper, Terese agrees to give him some time to sort it out.

After some thinking he calls Adrian and agrees to do anything so long as Piper and her family come to no harm. But what do the criminal masterminds have planned for him?

The Young And The Restless News: Greg Rikaart Returns To Y&R