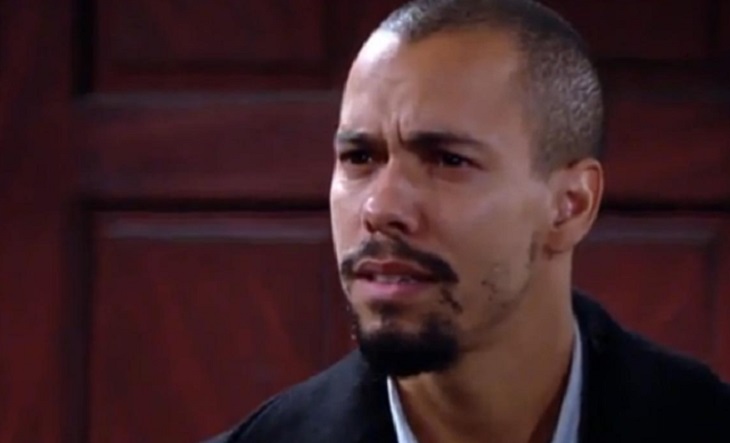 There really aren’t any questions about whether Devon (Bryton James) and Hilary (Mishael Morgan) love each other on ‘The Young and the Restless’. Instead, viewers are wondering how long it will take for this one-time couple to officially begin their ‘Hevon’ sequel?

Hilary recently suddenly decided to shop her website and streaming eponymous digital outlet, ‘The Hilary Hour’. Seasoned viewers of that show-within-a-show knew a new storyline was approaching as soon as dialogue was broadcast by CBS’ top-rated steamer.

The idea that various companies would pitch Hilary to obtain a media property she’d been given from her then-husband, as the only requested asset in their divorce, was believable. But selling GC Buzz to the Hamilton-Winters Group was a little contrived. Nevertheless, Hevon fans were happy.

Related: The Young And The Restless News: Greg Rikaart Returns To Y&R

The sight of Hilary walking into Devon’s office and demanding a corner office was classic Mrs. Hamilton. She told her only true significant other what he should do for her and expected nothing less than full compliance, while also believing that he should be grateful to comply.

As the current Miss Curtis pursues her efforts to have a baby, Devon will come to see that Hilary has, in fact, grown since they last were together. That draw and his recognition that bringing a child into the world together is their destiny will be embraced, eventually.

Considering the ebb and flow of daytime drama, all hardcore fans believed that a follow-up to one of Y&R’s most appealing couples was inevitable. Following a significant period of time apart and lacking any true romantic alternatives, Hilary and Devon won’t establish their old connection. No, they’ll forge a new one, which will then include their first child’s birth.

‘Hevon’ Part II will be intriguing because both parties learned what life was like without the other. Replacements didn’t provide nearly the same level of meaningful passion and weren’t ever seen as surpassing each half of this former and soon-to-be-again couple.

Neighbours Spoilers: Blackmail And Poison – Tyler Is In Serious Danger