Neighbours Spoilers: Paige And Jack Give In To Temptation 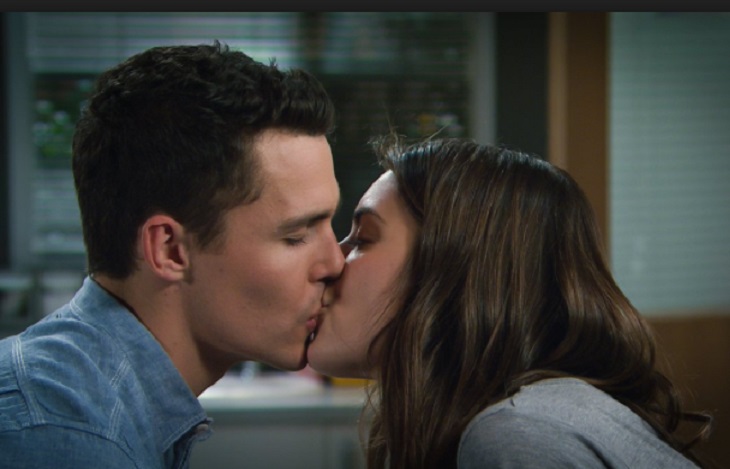 Neighbours fans were sure that the pair were finished for good, but it seems that Paige and Jack are about to rekindle their romance.

The former Neighbours lovers became close after the kidnapping of their son Gabe in last year’s dramatic season finale, and the subsequent search for him. However, as both parents are in a relationship with other people, fans believed this relationship would stay purely platonic.

But instead, fans should prepare for a shock in next month’s late-night special, which sees many storylines, including this one, climax spectacularly!

Although Neighbours spoilers have suggested that Jack will start to regain feelings, it has now been confirmed that both Jack and Paige will give into temptation when their sexual chemistry becomes undeniable. This means that they will betray their respective partners Steph Scully (Carla Bonner) and Mark Brennan (Scott McGregor) – will they find out what happens?

The official synopsis for the episode confirms: “Trouble is brewing for Paige as a moment of madness with Jack leaves her full of guilt and torn between her feelings for Mark and the father of her child, which looks set to have heart breaking consequences.”

One thing we know for sure is that Paige will only be seen on screen for another month or so, as Olympia finished filming before Christmas. Instead, the 25 year old has set her sights on Hollywood, where she hopes to further her acting career.

Does this mean that Paige and Jack’s cheating storyline will have something to do with Paige leaving Erinsborough? It certainly seems that way, which also means that Mark and Paige won’t get the happy ending that fans so desperately long for.

Make sure to watch the late night Neighbours episode (12th February U.K/13th February AUS) to find out how the drama unfolds!