Neighbours Spoilers: The End Of the Road For Tyler 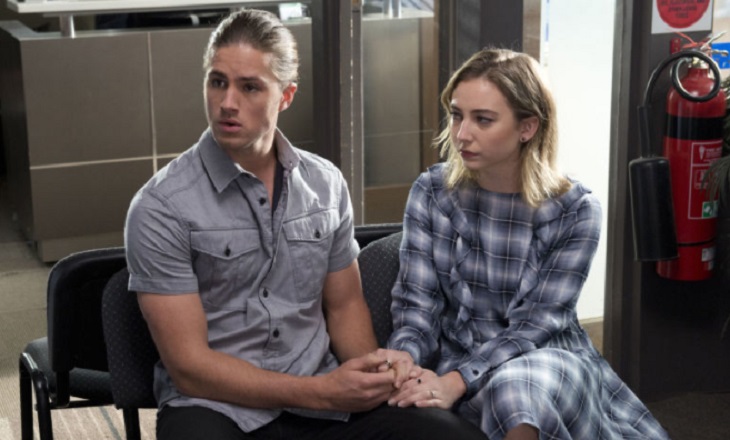 Neighbours favourites Tyler and Piper set off a dramatic sequence of events when they decide to go on the run ahead of Tyler’s murder trial.

Tyler recently confessed that he was guilty of killing his father Hamish on Neighbours, after he hit him over the head with a gnome. Although viewers know that Tyler had no intention of killing Hamish – he just wanted to hurt him in anger – prosecutors are determined to charge him for first degree murder.

The Erinsborough resident has been given a taste of what jail could be like recently, as a powerful man – from the jail he’s likely to be sent to – has been threatening him. The threats haven’t only been aimed at Tyler, but also his girlfriend Piper. With Tyler facing a long time in jail, he is worried that his girlfriend and her family will not be safe when he is inside.

Channel 5 has released the official Neighbours synopsis for the late-night episode, which begins on the night before Tyler’s trial. It starts when Piper books them a romantic last night together in a city hotel, but then proposes that they go on the run together. This isn’t the first time Piper has gone on the run – surely last time taught her that it’s never a good idea!

Things obviously don’t go to plan, as the next morning the pair are spotted and reported to the police by someone who knows them. When the police arrive at the hotel to arrest Tyler, who is now a fugitive, and Piper, for aiding a fugitive, the pair decide to flee.

Tyler jumps from one rooftop to another and Piper decides to follow – but misses. She’s left hanging by her fingertips as the police close in.

The police end up rescuing Piper and Tyler is immediately jailed. He is later taken to court, where he pleads guilty of murder. For this, he is sentenced to twenty long years in prison. What does this mean for the couples’ future on Neighbours?

The Young And The Restless Spoilers: Four New Characters Headed To Genoa City