This is Us Season 2 Spoilers: Kevin Pearson’s Misery Continues With New Shocking Twist 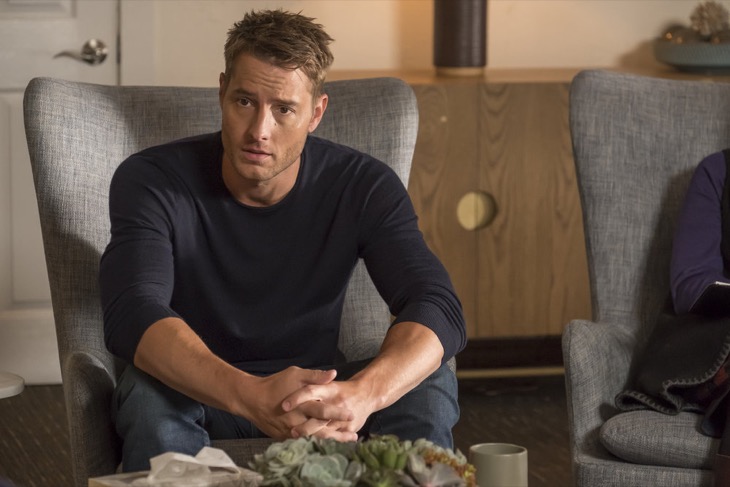 This is Us Spoilers tease that things are going to go from bad to worse for Kevin Pearson (played by actor Justin Hartley). More heartache is on the way for the handsome Pearson brother as he is struggling to put the pieces of his life together, mostly because of his substance abuse problems.

And now reports indicate that things are going to get worse for Kevin before they get better. It sure didn’t help when Kevin tried to reach out to Randall (Sterling K. Brown) during the last episode only for him to get shut down by his own brother. Randall has his problems he’s dealing with, too.

Related: This is Us Season 2 Spoilers: Viewers Will Find Out How Jack Pearson Died On the 20th Anniversary Of His Death?

Justin Hartley himself even said, “That was his window, and he was gonna open up. There’s gotta be a  rock-bottom, right? It’s coming up. We’re gonna see a few more moments where Kevin is not in a good way.”

Is he going to try and take his life away? Will he do something regrettable? Will he end up making the biggest mistake of his life? Of course, fans will just have to tune in to see what will happen next. Kevin is, after all, one of the most important characters on the show! But seeing how the show is full of unforgettable drama, something bad is bound to happen.

This is Us Season 2 airs Tuesdays at 9 pm EST on the NBC network. Tell us, what do you think will be next for Kevin Pearson? Do you think he is going down the same dark path that his father Jack Pearson went through himself with his own substance abuse problems? Is there a chance that he can turn his life around before it’s too late? Let us know by leaving us a line with your thoughts in our comments section below.

Also, don’t forget to check back with Soap Opera Spy for all the latest news, updates and spoilers on This is Us Season 2 and all of your favorite primetime television shows right here!

Coronation Street Spoilers: Tisha Merry Returning to The Cobbles For A Dramatic Storyline

The Young and the Restless Spoilers: Melissa Ordway’s Pregnancy Leave To Affect Storyline? What Happens to Abby & Scott?