The Young and the Restless Spoilers: Melissa Ordway’s Pregnancy Leave To Affect Storyline? What Happens to Abby & Scott? 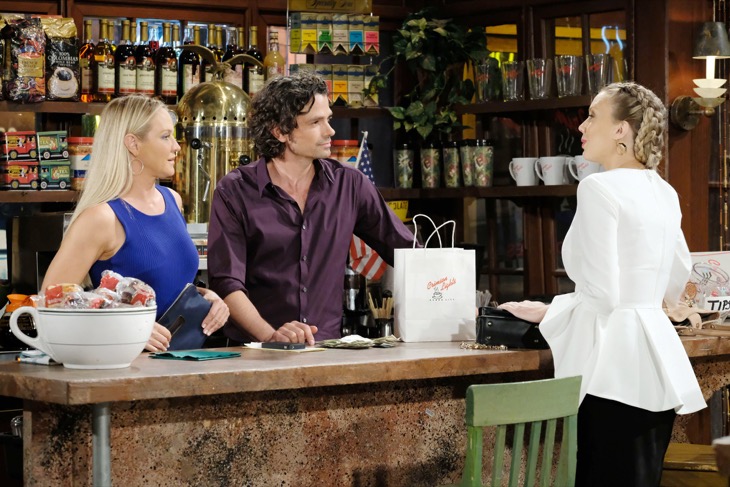 The Young and the Restless spoilers say that Melissa Ordway’s upcoming pregnancy leave is causing some trouble for her on-screen character’s storyline. As a matter of fact, reports say that Abby’s relationship with Scott might come to a screeching halt, despite the fact that their romance has been getting hot and heavy over the last few episodes.

As many viewers know, Abby and Scott (Daniel Hall) got more than just a little up close and personal while they were trapped in the storage unit together. After one thing led to another, the two started making out. Ever since their storage unit romp, Scott just can’t get Abby out of his mind. But at the same time, he knows that he belongs with Sharon (Sharon Case). So who will he choose?

With Melissa Ordway expected to leave for several weeks, something is bound to happen fast between Abby and Scott. Either they will take their relationship to the next level or everything will come crashing down for Scott and Sharon.

Melissa Ordway is expected to take about six weeks maternity leave after her baby is born in January. Many The Young and the Restless viewers believe that Abby will simply leave town during that time. Of course, that’s only after Mariah (Camryn Grimes) tells Sharon about Scott and Abby’s passionate kiss. She will also tell Sharon that Scott isn’t the honest guy everyone thought him to be.

So where will this leave Abby? There’s also a strong possibility that Scott and Abby’s storyline might continue should Melissa record some of her scenes in advance. Fans will just have to tune in to see what will happen next!

This is Us Season 2 Spoilers: Kevin Pearson’s Misery Continues With New Shocking Twist