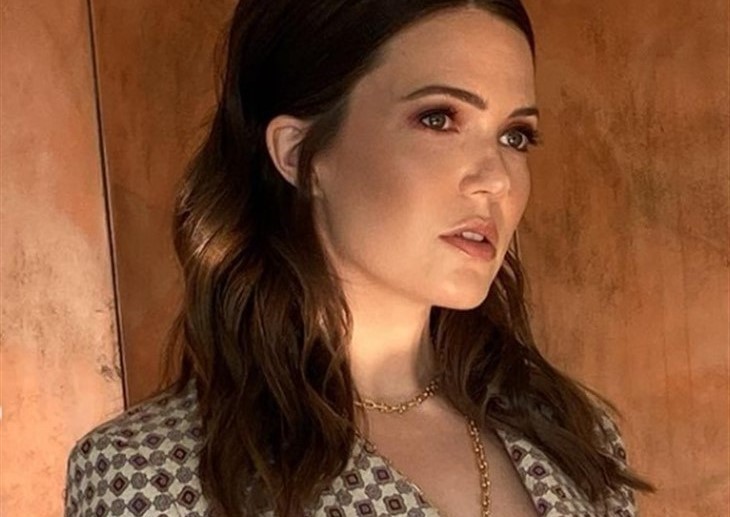 Mandy Moore and Taylor Goldsmith welcomed their first child together on February 20. It’s a darling boy named August Harrison Goldsmith, and Mandy Moore is keeping fans updated about the very first child that she’s given birth to. Yeah, she was married to one guy named Ryan Adams for almost six years, but they didn’t have a child together.

Fans are so glad that Mandy Moore is sharing her journey as a new and first time mother with the world. Anyone taking notes?

On February 19, the This Is Us actress shared a happy little picture of herself in a white shirt, making a statement with her cute little baby bump. She captioned the post, “Still waiting for this little man to make an appearance (seriously the waiting and anticipation is almost too much- I kid). Anytime you’re ready, sir.”

Apparently the baby was due to come the very next day. “Gus is here,” she wrote, “Our sweet boy, August Harrison Goldsmith. He was punctual and arrived right on his due date, much to the delight of his parents. We were prepared to fall in love in all sorts of brand new ways, but it goes beyond anything we could have ever imagined.” It was a happy moment for the new mom who publicly shared her difficult trimester and her rapid platelets drop during pregnancy.

She recently shared a picture of little Gus, laughing so beautifully, and her bashfully smiling husband, captioning the post, “Twins.” She’s also made us know that she’s now sharing inside jokes with the baby boy. No, no one knows what it is, it’s an inside joke, we can only make guesses. 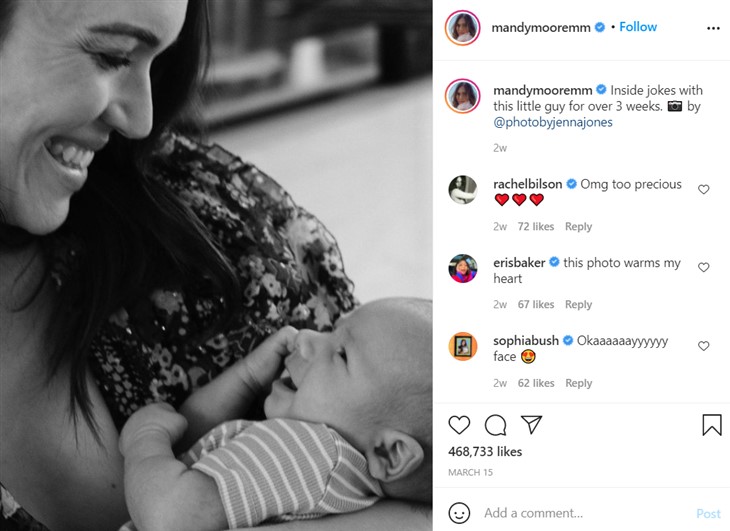 A lot of mothers want to take a breath for a few months, or years, after giving birth before going down the pregnancy road again, but not one Candy singer apparently. According to This Is Us’ Mandy Moore, she can’t wait to have more kids. “As harrowing as the journey was, I miss it. I’m sad that I don’t get to relive it or do it again or something.”

Adam Levine Has A New Leg Tattoo, And It Took Three Days To Completehttps://t.co/yjqJE1pAvR

The This Is Us star is also very open about her blood platelets rapidly lowering during pregnancy, “Back at the hematologist to see if my platelets have gone up since having the baby,” Moore, 36, wrote alongside a picture she took at the doctor’s office.

She mentioned all the things she’s been doing and eating to get her blood platelets up, like taking iron supplements and folate, and asked her fans to share theirs too. She says that they’re not great at the moment but that she’s working on it.

“I’m on a mission to do whatever I can to get them to a solid place, so I don’t have to wonder or worry during the next pregnancy.”

Keep checking Soap Opera Spy for more This Is Us cast updates and Mandy Moore news.