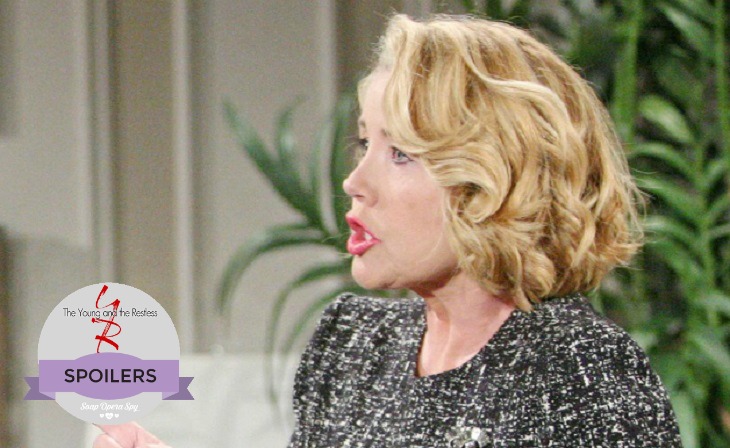 Vickie (Amelia Heinle) has her own ideas about Billy (Jason Thompson) on ‘The Young and the Restless’. But Nikki (Melody Thomas Scott) offered unexpected support where her former son-in-law was concerned. And Reed (Tristan Lake Leabu) obviously wants to reconnect with his former stepdad.

Y&R is laying an interesting storyline track by having other characters vouch for Billy. Of course, the new writing regime is also fueling this course shift. It’s smart and makes sense.

Related: Nick Can Be A Better Father – Self-Doubt Must Stop

Thompson was given a series of storylines, including the unusual arc that involved Gina Tognoni (Phyllis) after debuting last January.

A formerly engaging character at least split the audience, if not actually turning a majority of it against him. It’s fair to tag that decision as misguided because it went against the grain of both character’s histories.

After ‘Philly’s’ rightful split, Billy has been placed directly in Vickie’s path. They’re together in the workplace at Brash and Sassy and regularly involved in co-parenting, which surely is a revealing modern term.

Reed’s sudden arrival in Genoa City took his mom by surprise. After Vickie learned why he ran away from his father’s house she also realized the type of trouble her teenage son had been giving J.T. (Thad Luckinbill) and Mack (Clementine Ford). She also quickly became overwhelmed with the high-maintenance issues Reed instantly injected into her life.

Related: Dylan Cheats On the Job – Sharon Appears To Be Betrayed Again

Billy’s bad boy experiences and his status as the father of Vickie’s two young children make him the ideal person to be Reed’s sounding board and mentor. Yes, all won’t flow smoothly and further issues lie ahead. But Nikki easily sees that Vickie and Reed will benefit by having Billy’s around. In time Vickie might as well.

It also appears possible, if not certain that Reed senses his mom would be better off with Billy in her life. His requests to spend time with his former stepdad appear to also represent hopes that ‘Villy’ deserves new opportunities to grow closer. However, it’s too soon to tell whether this former super couple will eventually be reborn.