‘The Young and the Restless’ Spoilers: Dylan Cheats On the Job – Sharon Appears To Be Betrayed Again 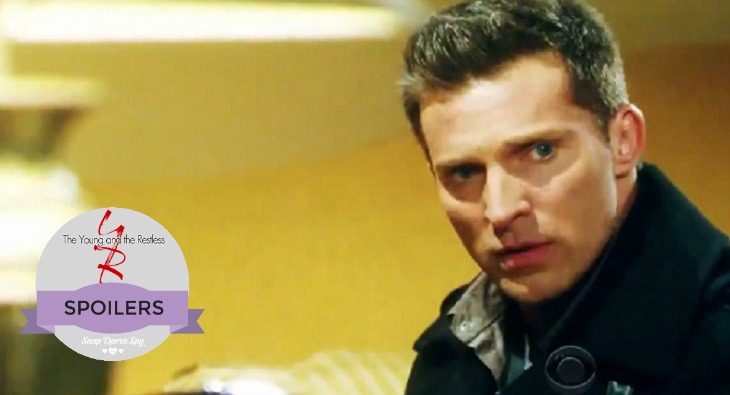 Some characters on ‘The Young and the Restless’ appear to be stuck in a permanent loop. Sharon (Sharon Case) has been betrayed by various men during her two-plus decades in Genoa City. Now Dylan (Steve Burton) has cheated on her with another woman. Since he’s undercover has ‘Shylan’s’ vows been broken, or is Dylan just doing his job?

Police officers who must assume other identities in order to bring the bad guys down risk their lives and reputations. In this particular situation, Alex Dettmer (Jessica Nicole Webb) is a key player in a drug ring that Dylan is attempting to shut down. So he needs to romance this attractive woman as a means to an end.

Related: Jack Must Be Careful – Gloria Is A Troublemaker

It’s easy for any outside observer, both in the audience and on the show, to remain logical about the lengths to which Dylan must go. Officer McAvoy is working without a script, so he’s has to improvise. That’s why he’s seen kissing Alex.

But assume Sharon’s position for a moment. How would any woman feel about her husband becoming involved with someone who looks like Alex? Yes, it’s part of his job. However, Sharon surely wouldn’t approve of the danger Dylan has placed himself into, or the steps he’s taking in order to pursue justice.

Of course ‘Shylan’ detractors are loving the looming end of this likeable couple. Notice that the phrases haters and super couple weren’t used in the last sentence. The word hate is spouted far too often by certain impulsive personality types these days. On a much lighter note, it’s balanced to conclude that Case and Burton had chemistry, but that the couple they were asked to play wasn’t super.

‘Shylan’ didn’t last for a long enough period of time to actually earn the super moniker. As for Burton’s exit from the cast, it’s not yet known if an open-ended arc-ender will allow his character to return someday. Even if he does, would Dylan opt to reunite with Sharon? And maybe by that time she’ll be back with Adam (as played by whoever)!

‘The Young and the Restless’ Spoilers: Jack Must Be Careful – Gloria Is A Troublemaker