‘The Young and the Restless’ Spoilers: Jill Isn’t A Victim – Hypocrisy Alive In Chancellor Mansion 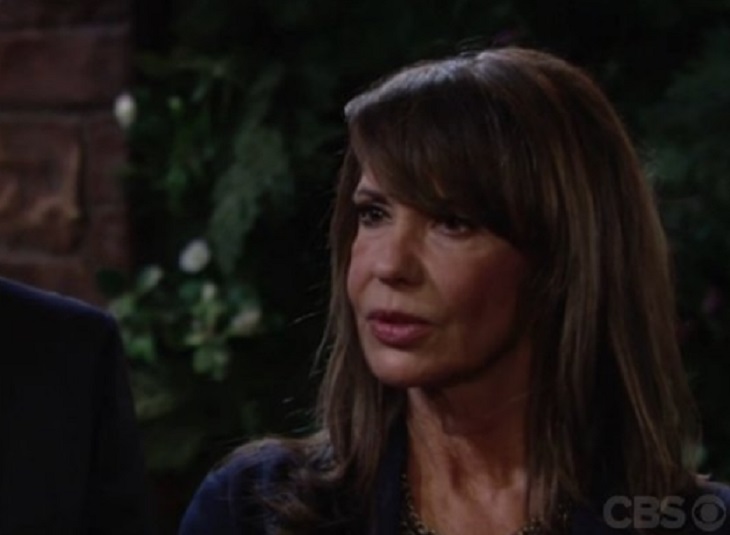 Oh please Jill (Jess Walton), you’re no victim on ‘The Young and the Restless’. Scream at Katherine’s (Jeanne Cooper) overpowering photograph forever if you like, but that will never cover over what you did to ‘Killip’. Yes, you interfered with one of Y&R’s original super couples and there’s no honest denial of that plot point.

Sure, it’s fair to claim that Katherine’s alcoholism led to problems in her marriage to Phillip (John Considine and Donnelly Rhodes) in the 1970’s.

But would that pair have been better able to resolve their differences if Jill (who was then played by other actors) hadn’t inserted herself into ‘Killip’s’ world? Those who claim that answer is no reveals themselves as somehow omniscient.

It has now been established that Jill was not a victim. Katherine welcomed Jill into her home, which proved to be the biggest mistake in the Duchess’ storied history.

Phillip’s purchase of that incredibly extravagant ring, which he intended to give to Jill, also made him an obsessed fool. Jill’s romantic history, post Phillip’s death, offers plausible speculation as to how ‘Jillip’s’ life together would have flowed. Bump, bump, boom!

No one person speaks for all women, or men. So Jill is hardly representative of her gender, just as Colin (Tristan Rogers) doesn’t represent males. He, like his wife, pursues his own self-interest seven days a week. Jill was attracted to him because their personality types are alike. The same is true for Colin, who also liked Jill’s power and money.

Katherine was no saint, but she and Jill came to feel fondly toward one another as the years passed. They realized that it was possible that they each loved Phillip in their own ways and that he was good to both of them. Their analysis, while somewhat generous, makes sense.

Jill appears to be caught in same emotional trap that often bound her during Katherine’s life. She has rejected what that “old fossil” (Jill’s worlds) is trying to tell her, instead mental knee-jerking into victimhood again. Oh Jill, won’t you ever learn?