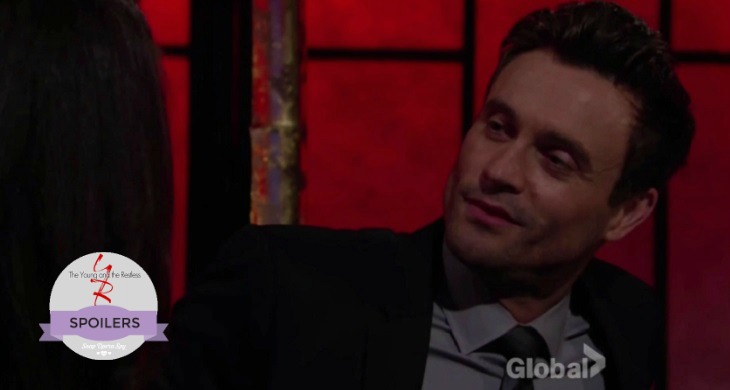 “The Young and the Restless” spoilers for Monday, March 13, tease that Devon (Bryton James) will get a surprising phone call from Michael (Christian LeBlanc). He’ll wonder what this is all about. Devon will fill Mariah (Camryn Grimes) in on the discussion he had with Hilary (Mishael Morgan). He’ll admit that they decided their marriage was over and the divorce papers have been signed.

Devon will note that he thought they hashed everything out. Now that Michael’s contacting him, Devon will be uncertain about the situation. He’ll think there may still be issues they need to sort out. At some point this week, Devon will start to have some regrets. He’ll fear that ending his marriage isn’t what he really wants to do.

Other “Young and the Restless” spoilers say Lily (Christel Khalil) will catch up with Victoria (Amelia Heinle). She’ll hope that Cane’s (Daniel Goddard) meeting is going well. Victoria will stun Lily by revealing that Cane already wrapped it up. She’ll indicate that Cane managed to seal the deal with Mr. Sato (Richard Narita).

Lily will be puzzled about why Cane hasn’t contacted her. Victoria might suggest that Cane is probably just heading back to his hotel room and settling in. She won’t think Lily has any reason to worry yet. Lily may concede that Victoria is right, but there’s a good chance she’ll have some nagging concerns.

In Tokyo, Juliet (Laur Allen) and Cane will continue their celebration. Cane’s blunder nearly cost them the agreement, but Juliet stepped up to save the day. In honor of this special occasion, it appears Juliet is going to take Cane out for a night of fun.

In the Y&R preview video, Juliet insists she’s going to be Cane’s personal tour guide this evening. Cane will flash a smile and they’ll head off. Unfortunately, they’ll end up consuming large quantities of alcohol as they make their way through the city.

“The Young and the Restless” spoilers state that Cane will soon run into some trouble. He’ll eventually wake up with a hangover and no memory of the drunken hookup he seemingly had. Juliet’s jewelry will be by the bed, so Cane should be absolutely horrified.

It sounds like Cane will have a decision to make. Will he hide his secret or come clean to his wife? We’ll give you updates as more news and rumors emerge. Stay tuned to Y&R and don’t forget to check Soap Opera Spy often for the latest “Young and the Restless” spoilers, rumors, updates and news.