‘The Young and the Restless’ Spoilers: Devon Hasn’t Written Hilary Off – Hevon Stands At Stalemate 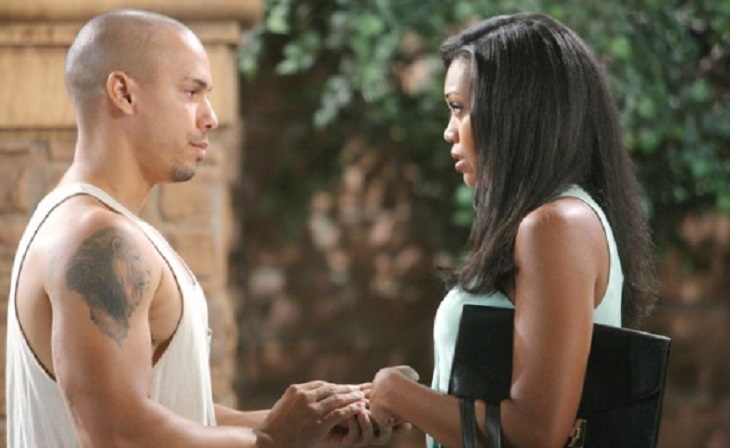 Devon (Bryton James) knows that he should divorce his wife on ‘The Young and the Restless’. Logically, that decision makes sense. But matters of the heart are often complex, which is why Hilary (Mishael Morgan) still has a chance.

‘Hevon’ isn’t a fully beloved couple, nor is it entirely loathed. Both points are interesting, because audience loyalty regarding this pairing falls along similar lines.

Some viewers like Devon and Hilary, others think they have been, are and will always be a toxic mix.

Hilary has refused to sign a legal document Michael (Christian LeBlanc) created. If John Hancocked, Hilary would relinquish her rights to ever sue Devon for anything while on this earth. Apparently bargaining rights beyond this world weren’t covered.

However, Devon told Hilary, when asked by his soul mate, that he hasn’t signed the divorce papers yet. Her rebuff of Michael’s attempt to obtain her autograph seems to create a purposefully circular argument.

Lily’s (Christel Khalil) protective instincts have long made her a Hilary detractor, if not Hilary’s outright number one opponent. Upon seeing her brother and current sister-in-law at GC Buzz’ studios, Lily suspected that Devon might still be open to reuniting with his love.

Viewer’s responses to Lily generally mesh with equal feelings about ‘Hevon’. If one is for that couple, than Lily is annoying. If one thinks the duo should be no more, than Lily is simply looking out for her family through everything she says and does.

Picture a chess board. Now assume that Hilary and Devon are playing this classic game, either with an old-school physical edition, or within a digital frame. They’ve played a shrewd contest to this point. But, since each party knows how the other thinks neither side has been able to secure checkmate.

It feels as though Devon is resisting the final cut of his marital tie to Hilary for reasons that are not actually linked to money. Y&R fans know that she still wants to be with her husband and that both characters are currently stymied by mind games. Who breaks face first might create a reconciliation, or a divorce. It’s still too soon to tell which direction ‘Hevon’ will go and that’s why all interested parties will keep watching.