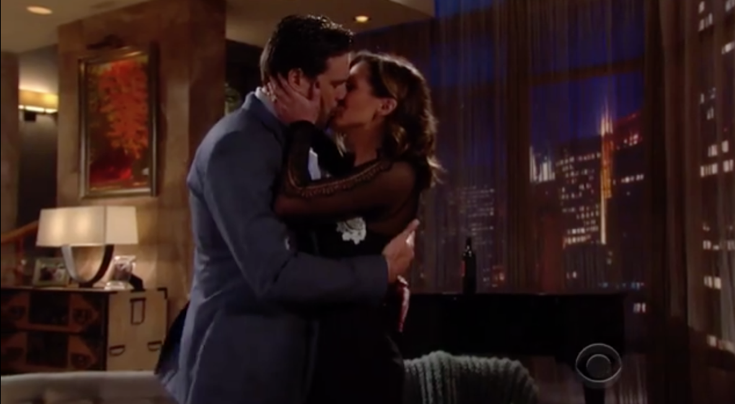 “The Young and the Restless” spoilers for the week of Monday, February 27th through Friday, March 3rd tease that “This week, fasten your seat belts for a wild ride and find out Katherine’s (Jeanne Cooper) last words.” So we have an exciting week heading our way.

In the newest CBS “The Young and the Restless” video promo you see Phyllis Abbott (Gina Tognoni) and Ravi (Abhi Sinha) together in his little office. He is having some technical problems and Phyllis offers to help. He is afraid that the site he is working on will crash when they go to launch and Phyllis decides they’ll just have to postpone it. Then the two will start to bond over a more serious conversation.

Across town Nick Newman (Joshua Morrow) and Chelsea Newman (Melissa Egan) will be talking about their future. Nick tells Chelsea that they both know something is going on between them. Then we see them at Chelsea’s penthouse where she does not hesitate to show Nick just how she feels. The two will begin to make up for lost time.

As for Lauren Baldwin (Tracey Bregman) things have taken an awful turn. Lauren is seen telling Jill Abbott (Jess Walton) that her son is missing and being held for ransom. Lauren insists that they pay the ransom, but Paul Williams (Doug Davidson) will not think that’s a good idea. Lauren is going to resort to desperate measures.

Related: POLL: Dylan Is Gone Forever – Whose Fault Is It? VOTE!

Then we have Jill Abbott looking up at a picture of the late Katherine Chancellor asking what are you up to now you old fossil. That sounds just like old times between these two ladies. It appears we will be finding out Katherine’s last words. It’s been so great that the writers have been honoring her memory lately and incorporating her back in the show. Have you enjoyed seeing the flashbacks of Mrs.C? Stay tuned to CBS’s “The Young and the Restless” to see what all we have in store for us this upcoming week.