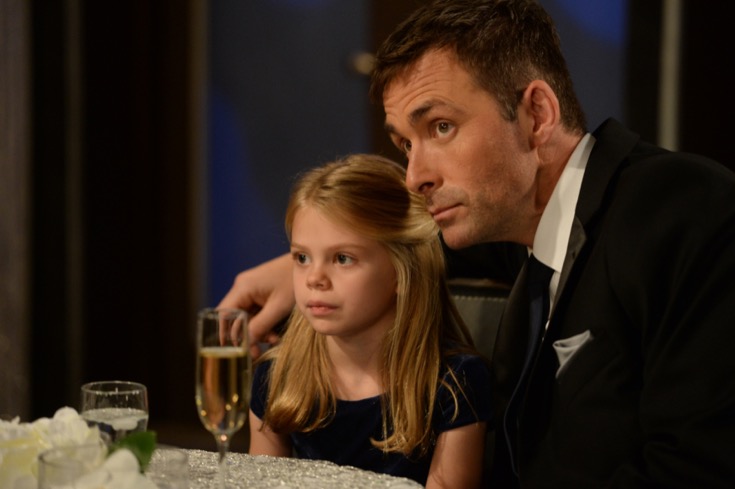 Are Nina (Michelle Stafford) and Valentin (James Patrick Stuart) Cassadine a match forged for the ages? They’re certainly forged in infamy—he’s a blackmailing killer, she’s a psycho baby snatcher. From the moment they had their first booty call, the “General Hospital,” spouses seemed destined to unite, and not just because no one else would have them.

Each is young, beautiful, rich, and vibrant. Did I mention a bit unhinged and vengeful, too? So it came as no surprise when the two up and married on the spur of the moment. They were in church to see their loved ones wed, but when the ceremony was cancelled, they decided, “why not us?” See, they’re thrifty, too!

Now, back to the vengeful part: obsessive Valentin has been carrying a decades-long torch for Anna Devane (Finola Hughes), a former colleague. It seems she rejected his advances back in the day.

Oh, and she also put out a hit on him. I guess his feelings were hurt because Valentin just can’t quit his crazy, mixed up obsession for Anna; and vice versa!

After breaking into his home to spy on him, Anna collapsed and Valentin gently scooped her up and cradled her all the way to General Hospital.

When jealous Nina got wind of Val’s heroics, the green-eyed monster took possession of her. She filed a police report and Anna was arrested for trespassing. Is this the first step in Nina’s plan to bring down her competition?

Anna has just received a cancer diagnosis, but that’s unlikely to dissuade Nina if she’s feeling threatened and bent on revenge.

In addition to losing Val, motherless Nina stands to lose his charming little daughter Charlotte (Scarlett Fernandez) if Anna drives a wedge between the newlyweds.

How far will Nina go to eliminate the threat that Anna poses to her happiness? We know she’s a whiz with incapacitating her enemies via illicit drugs. Is Anna about to find herself even sicker in the coming months?