The Young and the Restless POLL: Dylan Is Gone Forever – Whose Fault Is It? VOTE! 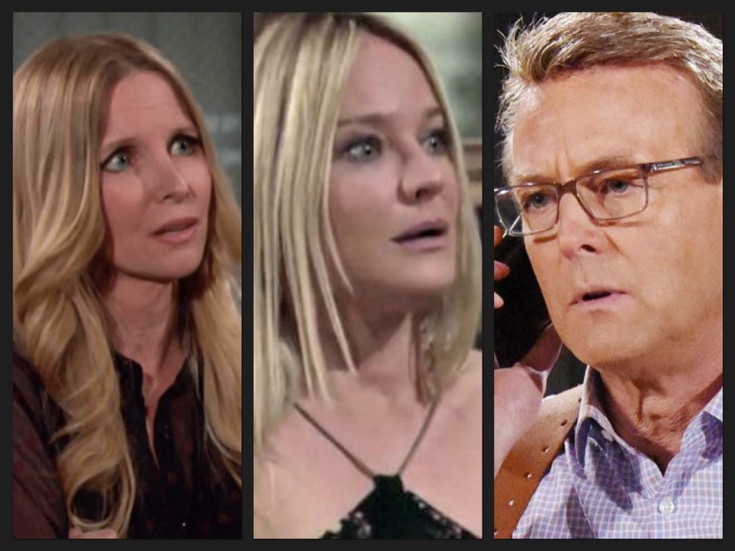 ‘The Young and the Restless’ Sharon [Sharon Case] is taking the heat for Dylan’s [Steve Burton] entering the Witness Protection Program and leaving Genoa City forever. Shouldn’t Paul [Doug Davidson] and Christine [Lauralee Bell] step forward and accept some responsibility for the role they played?

‘Y&R’ viewers know that Sharon is not fully at fault for what happened to Dylan. Yes, she made the desperate phone call that caused the ripple effect. But Christine and Paul are the two people who were calling all the shots. Shouldn’t Paul and Christine bear some of the blame?

There are many “if only” and “should have never” moments that would have changed the course of Sharon’s life with Dylan. If only Dylan hadn’t been dead-set on going undercover to expose a deadly drug lord. If only Christine had pulled Dylan out of a very dangerous situation sooner. Paul should never have allowed his son to put himself in such grave danger.

Despite his military background, Dylan was never very good at taking orders from anyone. Nikki Newman’s [Melody Thomas Scott] son is bullheaded and stubborn. If you told Dylan not to do something, chances are he would do whatever it is he shouldn’t be doing.

Yet all of Genoa City is convinced Sharon is 100 percent at fault and have made her the town pariah once again. Paul and Christine are standing idly by watching Sharon’s world crumble for the umpteenth time. The district attorney and chief of police can’t come up with something to say in order to deflect some of the blame from Sharon?

‘The Young and the Restless’ viewers know Christine isn’t going to put her career on the line for Sharon. Paul is a good guy with a heart of gold. Will his conscience eventually get the better of him? Will Paul confess to Nikki the role he played in Dylan’s cover being blown? Whose fault is it that Dylan is gone forever?

Maybe Sharon needs to step forward and demand that Paul and Christine own up to the mistakes they made during this sting operation. Wouldn’t that be the right thing to do?