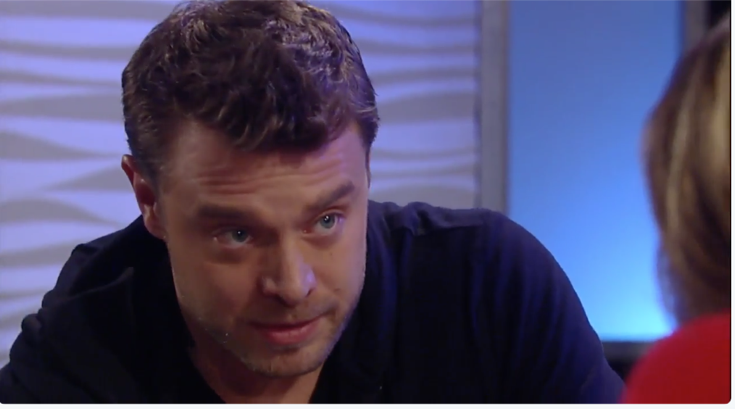 General Hospital (GH) spoilers for the week of Monday, February 27 to Friday, March 3, 2017, reveal many sacrifices and startling revelations.  Some in Port Charles will make sacrifices, while others break their word.  It is going to be an exciting week that no viewer should miss!

General Hospital’s mobster Julian Jerome (William deVry) knows that his sister, Liv (Tonja Walker) has abducted his very pregnant daughter, Samantha Morgan (Kelly Monaco) and sources show he will get lucky; will he be able to save his daughter who is in a very precarious position?

As for the sale of General Hospital, fans saw Liv’s henchman Rudge (David Lee), drug and kidnap Laura Webber (Genie Francis) as she passed out in the parking garage of the Metro Court; resulting in her missing from the board meeting that could have saved the hospital.  Was Tracy able to save the hospital despite her failure to appear?  Dr. Kevin Collins (Jon Lindstrom) becomes concerned for Laura and investigates what happened.

Related: How Far Will Nina Go To Keep Valentin from Anna?

GH’s Alexis Davis (Nancy Lee Grahn) has been through more than enough when it comes to her ex-husband, Julian and his deranged family.  Things only seem to get worse when she discovers that her AA sponsor is actually Liv St. John/Jerome, the woman responsible for killing Morgan Corinthos (Bryan Craig) among many other dastardly things.

General Hospital’s eccentric Dr. Hamilton Finn (Michael Easton) has admitted to Hayden Barnes (Rebecca Budig) that he is an addict and he will sacrifice everything to keep her in his life, even checking into rehab, will he stand by his word?

As Michael Corinthos (Chad Duell) confides in his father, Sonny (Maurice Benard) about him and Nelle Hayes (Chloe Lanier); she is given some unsolicited advice from Bobbie Spencer (Jacklyn Zemen), who cannot stand Nelle.  Nelle struggles with her plans of revenge and plots to escape town when she realizes she wants a future with Michael over everything else.

GH’s Jason Morgan (Billy Miller) has never hid his hatred for Franco Baldwin (Roger Howarth) and this week he breaks his promise to Elizabeth Webber (Rebecca Herbst) to remain civil with him and they come face to face in an argument; at the same time, Liz receives heartbreaking news.

General Hospital’s Dr. Robin Scorpio Drake (Kimberly McCullough) was able to share the great news with her mother, Anna Devane (Finola Hughes) that her and Patrick are having a baby boy; but she continues to worry about her mother, especially since Valentin Cassadine (James Patrick Stuart) is showing an odd amount of interest in her.  Is Valentin the true threat to Anna?

Be sure to tune into ABC’s General Hospital (GH) on Monday, February 27, 2017, to catch up on everything that is happening in Port Charles.  Check Soap Opera Spy often for updates, news, rumors and spoilers!