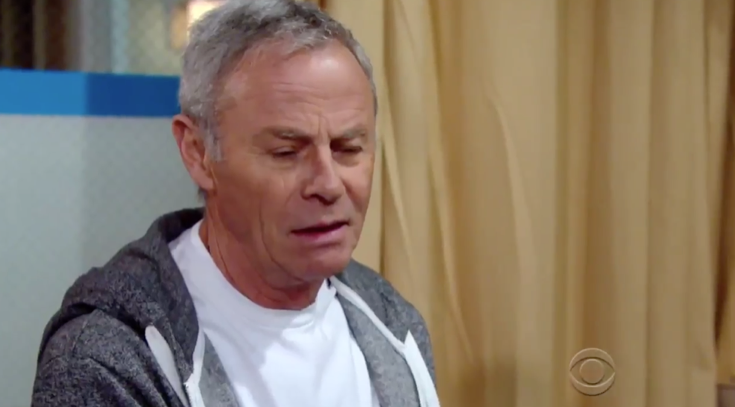 Colin (Tristan Rogers) is rightfully worried about his marriage to Jill (Jess Walton) on ‘The Young and the Restless’. Neil (Kristoff St. John) offered his fellow father-in-law wise advice this week. Colin took it, bought flowers and headed to the Intensive Care Unit at Genoa City Memorial Hospital.

Mr. Atkinson thinks that his wife might kick him to the curb because of the money he “borrowed” from her bank account, which seems to have triggered her heart attack. Colin used that money for an investment that has yet to produce a profit. That process left Jill nearly penniless as she was trying to buy out Jack’s (Peter Bergman) 49 percent share of Fenmore’s.

With whatever Jill decides about her marriage, she might come to see Colin’s terrible lapse in judgment as a blessing. The family company that Lauren (Tracey Bregman) leads isn’t exactly doing well. Even considering Jabot’s cash infusion, there’s no guarantee that financial statements will turn from red to black indefinitely.

Cane (Daniel Goddard) pushed back hard on his dad’s suggestion that Devon (Bryton James) could be tapped as a banking source. Colin had hoped that his son could work as a go-between. But Cane didn’t allow himself to be put in that position and also recalled that Colin targeted his brother-in-law for blackmail in the recent past.

Keeping with Y&R’s recent streak of classically themed touching scenes, Colin was seen standing at the doorway to Jill’s hospital room with flowers in hand. He entered, determined to make his plea when Jill advised that a talk about their future needed to be had.

Walton stands with Kate Linder (Esther) and Melody Thomas Scott (Nikki) as this soap’s enduring links to the late infinitely great Jeanne Cooper (as, of course the Grand Dame Katherine Chancellor). Rogers is traveling between this soap and ABC’s General Hospital, where he plays the iconic Scorpio character and the Daytime Emmy Digital Award-winning soap ‘The Bay’, where he portrays Lex Martin. Here’s hoping that Y&R maintains this great couple indefinitely, as Walton and Rogers are an outstanding pair of actors.