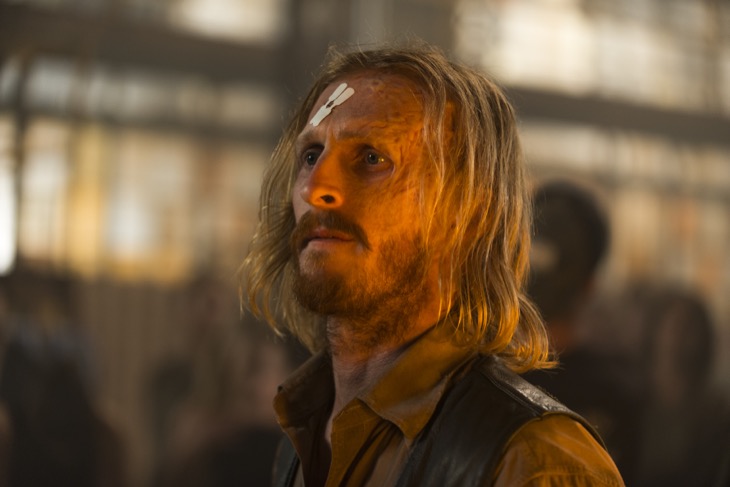 The Walking Dead Season 8 spoilers reveal that Rick Grimes (Andrew Lincoln) actually does trust Dwight (Austin Amelio.) Ever since the conclusion of last season, fans have been wondering about his trustworthiness. What makes Rick think that Dwight is really on their side?

In a video clip posted on AMC, co-executive producer Denise Huth explained what fans have not seen. Rick’s trust of Dwight did not happen overnight and was not sudden. He was tested in a way. Every tip that Dwight has provided so far has 100 percent checked out. This is what led the Alexandrians to the office building last Sunday.

In The Walking Dead Season 8, the Sanctuary has office buildings that hold very special weapons. Rick, Daryl Dixon (Norman Reedus) and Morgan (Lennie James) want to get these weapons for a specific reason. They have the capability of killing many people at once. In order to make the playing field a little more even, they want to take these guns from the Saviors.

Just like all of the other times, Dwight’s information has checked out. This makes Austin Amelio’s character an ally in Rick’s eyes. However, don’t expect Daryl to ever trust the Savior. This was hinted when he came across another closet with bloody handcuffs.

For the time being, just to win the war, Daryl is putting up with Dwight. However, things will probably come to a head between the two at some point. Daryl’s memories and realization were just a reminder of the what he went through… and that Dwight was responsible.

The Walking Dead Season 8 spoilers tease that Dwight will continue to feed Rick information. In the comic books, this is what helped Alexandria, Hilltop and the Kingdom to win the war. Due to this, he redeems himself in Rick’s eyes. However, only time will tell if Daryl will ever be able to view Dwight as a soldier on the same side.

Keep watching the AMC series and check back with Soap Opera Spy for the latest in The Walking Dead Season 8 spoilers, updates and news.

The Young and the Restless (YR) Spoilers: Crystal’s Return Bad for Zack – Paul Onboard with Sharon and Scott’s Plan