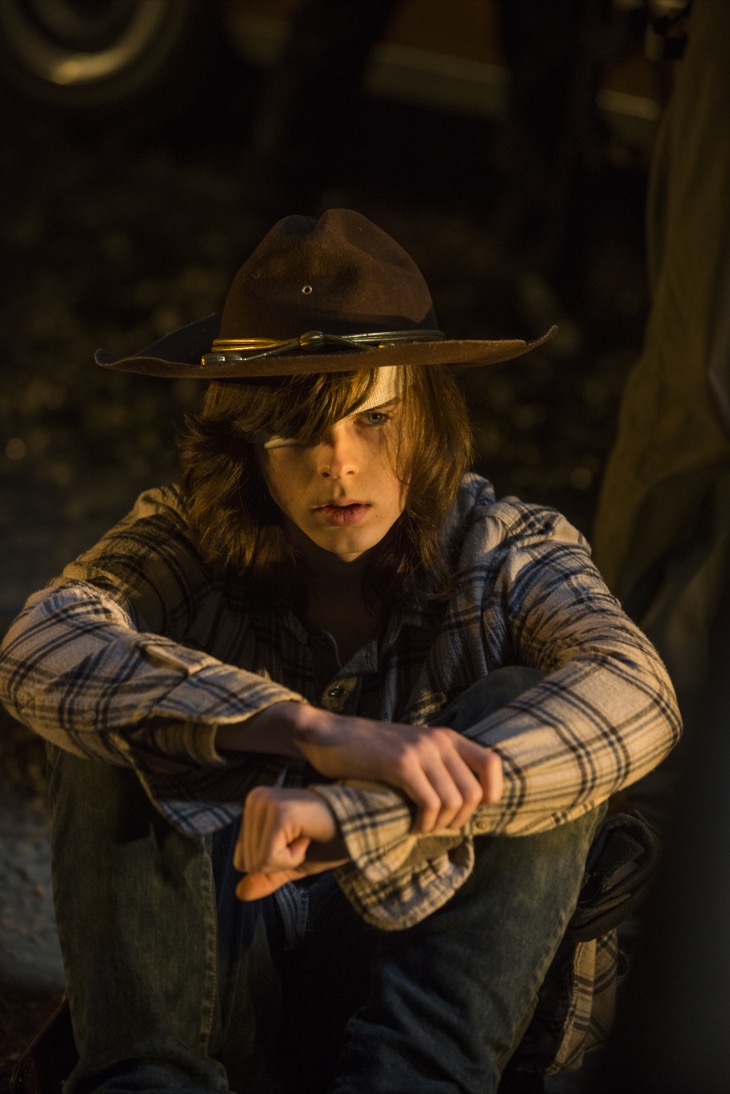 The Walking Dead season 8 will feature death with “All Out War.” Some fans are concerned about their favorite characters, including Carl Grimes. The young man has been part of the “TWD” family since it began. Is he concerned that Carl could die? If he must go, how would the actor want Carl to die?

FanFest had an interview with Chandler Riggs, who answered those questions. It seems to be perfect timing, too. As Soap Opera Spy previously reported, there is a rumor that Carl Grimes dies in “The Walking Dead” season 8, episode 9, which marks the midseason finale.

Although the actor could not reveal if the rumors are true or not, he did talk about the possibility.

“Ultimately, I wouldn’t want him to die, that would suck because I like my job. If he had to go out, it would be awesome to have him go out in a battle against the Saviors or something.”

It is interesting since some fans speculate that Carl Grimes dies due to him not appearing in Rick Grimes’ (Andrew Lincoln) vision of the future. However, just because he wasn’t seen doesn’t mean that he isn’t somewhere nearby. Of course, both of these are pure speculation.

“The Walking Dead” season 8 spoilers tease that several characters will battle mental demons during “All Out War.” These include Morgan Jones (Lennie James) and Carol Peletier (Melissa McBride.)

According to Chandler Riggs, Carl is not one of them. The actor admitted that at one point, Carl was headed in a psychologically unhealthy direction. He is, of course, referring to when he shot a teenage boy point-blank. While some justified his actions, others thought he was headed into dangerous territory.

What do you think is going to happen with Carl Grimes in “TWD” season 8? Keep watching the AMC series and check back with Soap Opera Spy for the latest in “The Walking Dead” spoilers, update and news.

General Hospital Spoilers: Julian Headed Back To PC – Will Alexis Chooses Dr. Bensch Over Him?