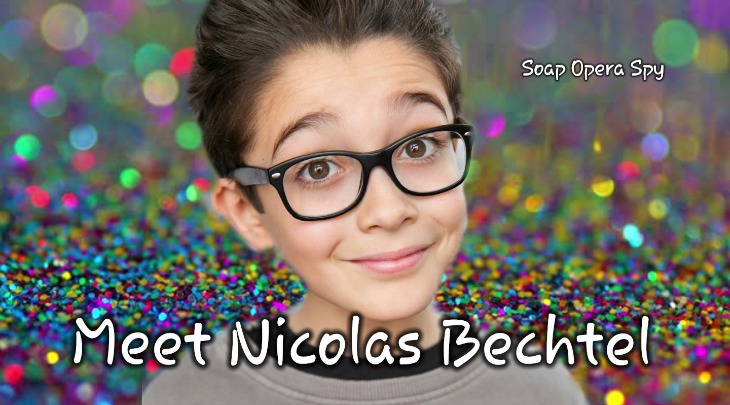 General Hospital’s Nicolas Bechtel has not been seen portraying his part of Prince Spencer Cassadine in a while, but he is now back. So let us help you get to know him a little better.

Nicolas Joseph Bechtel is an American child actor who is best known for his part of Prince Spencer Cassadine on General Hospital. He has been playing the role of him since 2013 and definitely does an awesome job at it. He also plays Lewie Diaz on the Disney Channel series “Stuck in the Middle,” and began that in 2015. So he sure is one busy little kid.

Nicolas lives in Los Angeles and has an older sister who he adores. He was born on February 15, 2005, so as you can see he is still very young, but oh so talented. He really has you drawn into your television screen when he is on and is sure to get a laugh out of you.

Nicolas has also been a special correspondent for “Extra” in which he interviewed Adam Levine, Christina Aguilera and many others. He even interviewed the winner and competitors of the 2015 Nintendo World Championship. That in itself is very interesting! So he is certainly a kid of many talents.

Despite being so young, Nicolas has already accomplished so much in life. He will definitely continue to grow as a person and an actor. We see only big things for him in his future. He is a very intelligent kid and already acts way beyond his years. He is such a fun, loving handsome little guy, you can’t help, but love him.

Nicolas has been missed on GH and it is great to have him back even if it’s only for a short period of time. So make sure to check out this little cutie in action. Don’t forget to check often with Soap Opera Spy for all your latest General Hospital spoilers, news, updates, and much more.