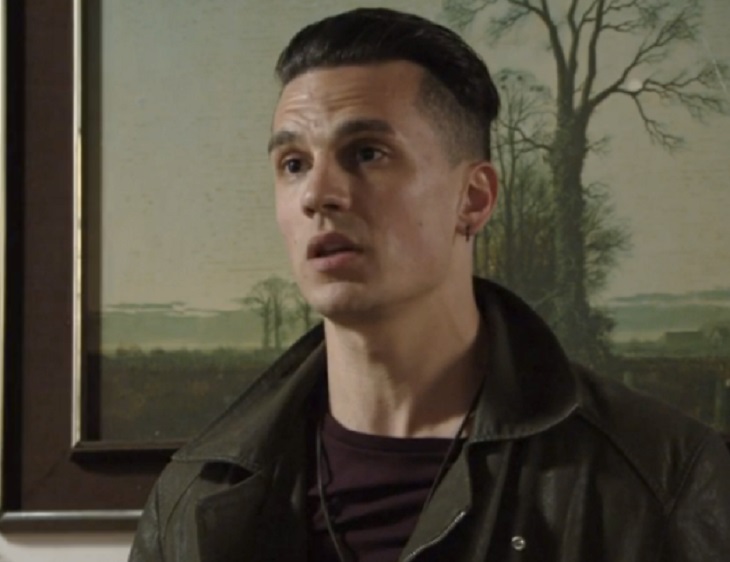 EastEnders spoilers tease fans can expect Steven Beale to react erratically when he’s confronted with unsettling news on two fronts. When the unstable young man hears explosive information that he wishes he hadn’t, how far will he go to soothe his troubled mind?

First, look for Steven to get even more heated and jealous in regard to Lauren and her relationship with her new boss Josh. He’s never been the trusting kind, so when meddling Abi starts to babble on about the pair’s behavior together, Steven reacts as one would expect. He will find it difficult to get his mind to settle down, and he will question whether or not he can trust Lauren to be alone with Josh.

Not content to roil Steven’s emotions, Abi takes it one step further when she informs Lauren that Josh will coming to their party. Steven is also present for the news, and when Lauren seems overly happy that her boss is coming, her boyfriend does a slow boil. Is Abi playing with fire, or does she realize the damage that she’s causing? She should know better than to rile up Steven!

But Josh is not the only thing making Steven see red. Father’s Day is fast approaching, and Jane and Ian have a frank and open discussion about the emotional day.

Unfortunately, Steven overhears what should have been, and was intended to be, a very private conversation! Ian is just being truthful when he acknowledges that Steven will never be the same as Lucy or Peter. Uh, oh! Steven definitely should not have overheard that kernel of truth! Now what will he do?

Of course, Jane and Ian have no idea that Steven is listening. They know all too well what he’s capable of, and they would be downright foolish to fan the flames of his anger.

It’s almost certain that Steven cannot let these ugly personal truths go; the only question is, who will he make pay for his rage this time around?