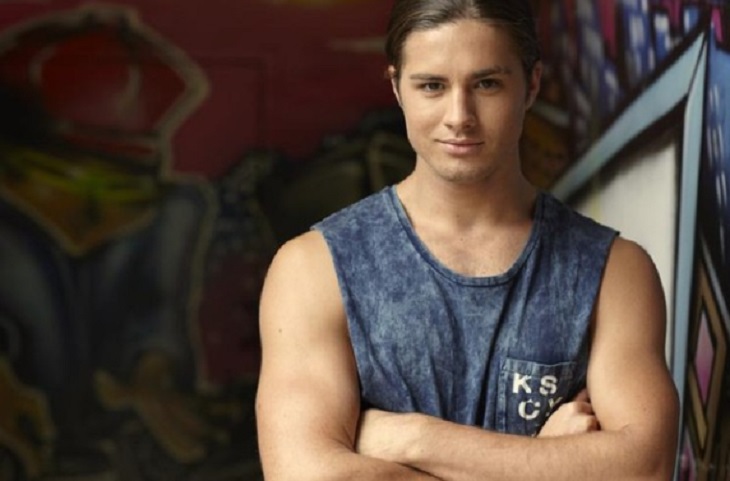 Travis Burns has promised that Neighbours fans are in for a shock when the murderer of Hamish Roche is finally revealed!

Travis – who plays Hamish’s biological son Tyler on the Australian soap – has opened up about the current shocking storyline.

Hamish Roche arrived in Erinsborough in September, soon revealing himself as Tyler’s biological father. Forming a close relationship with Tyler, Hamish manipulated and emotionally abused his son, hoping to claim his boat and money to pay off his thirty five million dollar tax debt.

It wasn’t only Tyler that Hamish hurt in the process; many other residents of Ramsay street were also left angered. Last week Hamish was found dead in the Canning’s hot tub, but with a huge list of suspects what did Travis have to say about the storyline?

Related: Neighbours Spoilers: Who Killed Hamish? Check Out The List of Suspects!

In an interview with Radiotimes.com Travis said, “This is going to be a very long investigation, I can tell you that.”

“The various suspects will go in and out of the spotlight, there’s a lot of back and forth and tricking the audience. And it’s not who you think it is!”

During the interview, Travis also showed his own excitement about the story, praising the writers on their excellent work.

“It’s a fantastic plot, I take my hat off to the writers. The amount of planning for a sophisticated, complex storyline like this is amazing.”

Even the actors don’t get to know the full plot before it is filmed, and are left to put the pieces of the complex storyline together themselves. For this reason, Travis stated,

“There have been times when it’s been confusing for the actors, until we get the next script and then it all starts fitting into place. We get six episodes at a time each week, so it’s been a case of waiting for the next batch of scripts to find out what happens.”

But who does Travis thinks committed the crime – does he think Tyler did it?

“Knowing Tyler, he would not have done it on purpose,” he declared. “He’s the kind of guy who’s always in the wrong place at the wrong time, which has happened a lot in his three years on the show. But that’s the only way something bad like this would happen.”