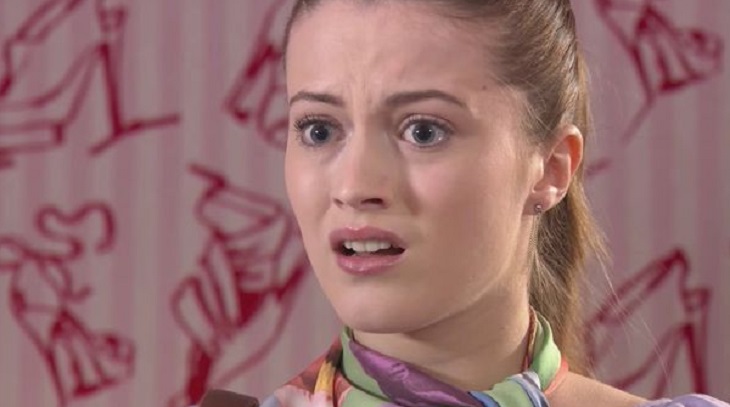 When Lily Drinkwell (Lauren McQueen) nearly succeeds in making this her last Christmas on Hollyoaks, will her prince swoop in to save her?

Lily is at the center of a topical teen storyline involving self-harm. At this point she’s unable to control her dangerous behavior, even though she swore to family and friends that she’d stopped hurting herself.

Much to her Aunt Diane’s (Alex Fletcher) surprise, she discovers that young Lily has blood on her arms after a recent self-harm episode.

Subsequently Diane gets up in arms and vows to do anything and everything she can to keep Lily safe and put an end to her out of control behavior.

Diane is putting her drastic plan in motion when Lily suddenly faints dead away. Lily ends up in the hospital and there she receives a startling diagnosis: sepsis.

Poor Lily tries to lie her way out of the tragic circumstances, but no one is buying her obvious falsehoods. In turn the young girl feels even worse, ashamed over her present situation.

In light of her latest actions, will her boyfriend Prince McQueen (Malique Thompson-Dwyer) help her or leave her for good?

Prior to the whole fiasco Prince had planned on asking his damsel in distress to marry him. But now he’s seeing things in a new light.

According to McQueen, Prince may be the only one who can get through to Lily and save her from herself.

Talking to The Metro McQueen said, “… she needs Prince to help her get through it. Prince is always there to put a smile on her face and helps take her mind away from all her problems.”

McQueen went on to say that she hopes the controversial storyline has a positive impact on others in Lily’s situation.

Will Lily’s deception and subsequent hospitalization be the beginning of the end for Prince and Lily? Or will the dramatic circumstances pull the two young lovers closer together than ever, leading the way for Lily’s healing?