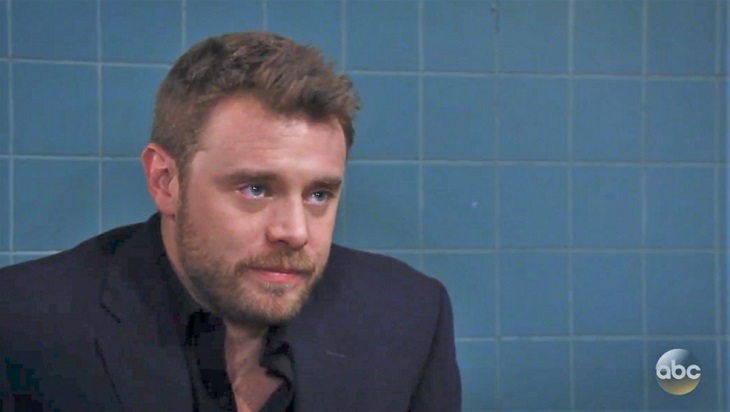 General Hospital (GH) spoilers for Tuesday, December 5, 2017 promise a lot of drama, as the newest family member continues to feel excluded.  A nosy friend learns surprising news as a mysterious meeting happens.  Greed is the cause of a family business meeting while a mother reveals concerns for her son.  Tuesday’s episode is one GH fans will not want to miss!

General Hospital spoilers reveal that Dr. Monica Quartermaine (Leslie Charleson) continues to assert her authority at her house and once again makes the newest member of the family, Ned’s (Wally Kurth) bride, Olivia Falconeri (Lisa LoCicero) unwanted.  Olivia is shown in the preview, expressing to Monica that she wishes she could just see her as a member of the family.

At GH, Maxie Jones (Kirsten Storms) and her husband, Nathan West (Ryan Paevey) are clearly at a medical appointment as Maxie sits on the examination table, when nosy nurse Amy Driscoll (Risa Dorken Clark) bursts in asking if Maxie is pregnant.  Will the expectant parents share their happy news?

General Hospital sources tease that Lulu Falconeri (Emme Rylan) is more determined than ever to pursue a career in writing, and meets with the mysterious new COO of Aurora Media, Peter August (Wes Ramsey) at the Metro Court.  Peter asks Lulu since she now has his interest, how can he change her life.

Ned Quartermaine has been desperate to make a play for the family company ELQ for a while now.  He cannot stand that his second cousin, Michael Quartermaine (Chad Duell) is running the company.  Spoilers show him talking with attorney Alexis Davis (Nancy Lee Grahn) and Michael, saying there is an alternative to their dilemma, suggesting they buy out both Jason Morgan (Steve Burton) and his twin brother, Drew Cain (Billy Miller) from the family company.  Will Michael agree to the terms, or will he fight to keep his uncles around?

GH’s newest doctor, Dr. Kim Nero (Tamara Braun) goes to visit Sam (Kelly Monaco) and Drew, saying she wants to talk to them about her son, Oscar (Garren Stitt).  It looks like things keep twisting and turning when it comes to Sam and Drew’s life.

Be sure to tune into ABC’s General Hospital on Tuesday, December 5, 2017 to catch up on all these stories and so much more.  Check Soap Opera Spy often for updates, news, rumors and spoilers!

EastEnders Spoilers: The Tables Are Turned On James Wilmott-Brown