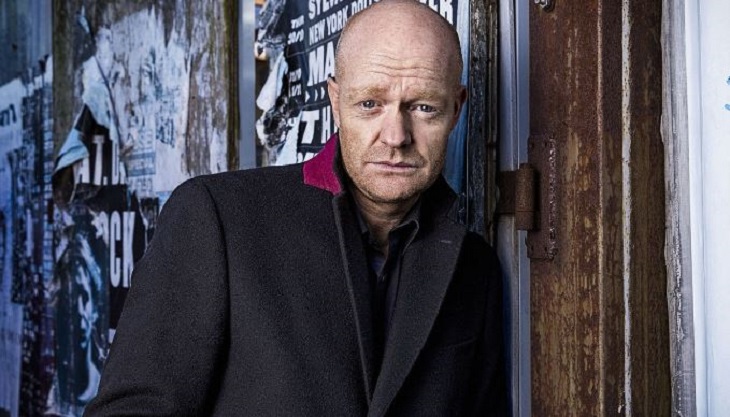 “EastEnders” spoilers tease exonerated con Mad Max is poised to prove his poisonous intent. But is he low enough to use his only remaining friend to taste revenge? With nothing left to lose, count on Max reeling innocent Stacey Fowler into his demented plan!

Stacey was the only one who didn’t turn her back on Max when he was falsely accused of murder and sent to prison; both family and friends were quick to judge and condemn Max for killing Lucy Beale.

Too bad he didn’t do it! Now that’s he walking free, Max won’t rest until all the traitors pay.

Viewers have watched bald Max skulk around town putting his dirty dealings into motion; is there any doubt that the angry man plans to win both the battle and the war against his enemies?

Demonstrating what a low life he can be, Max isn’t above using Stacey to get what he wants. Even though she’s helping him get his life back on track, Max uses her as a means to an end. Show spoilers reveal that Max will manipulate Stacey to gain an in with influential councilor Carmel.

Carmel is a market inspector and Max has a part for her to play in his agenda to get back at the people who betrayed him. Carmel and Stacey are at odds, and Max believes that by playing peacemaker between the two ladies, he will get in good with Carmel.

Related: Emmerdale Spoilers: Lachlan Returns  – Killer On The Loose, Who Is Next Victim?

But first Max has to convince unstable Stacey to make amends with Carmel. Charismatic Max shouldn’t have much of a problem manipulating Stacey, but at what cost to his only friend? Does he even care about her fragile state of mind?

Show spoilers tease that Max is going to do something despicable (even by his standards!) and Stacey could be the one to pay the price. Will Max end up back in jail? Or is Stacey the one who will be locked away against her will?