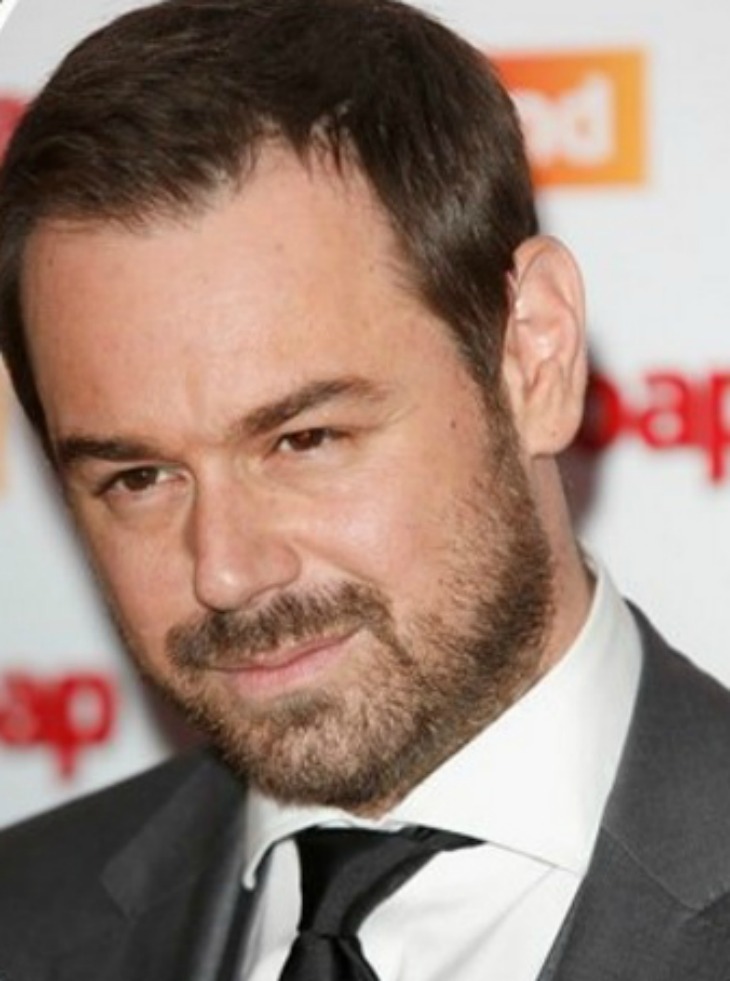 He’s baaack! Or is he? There’s been a reported sighting of elusive Danny Dyer (Mick Carter) on the set of, “EastEnders,” but was he filming scenes or picking up his final paycheck? According to the Daily Mail, AWOL Dyer was spotted back on the BBC One soap set Monday. Will he back in our living rooms in time for the start of summer? Sources say that Mick will indeed be pulling drafts and back on tv screens in June. Dyer was reported to be looking well after his unplanned hiatus and had his trademark grin firmly in place.

It was also claimed that the actor has had his filming scripts for a couple of weeks now, and viewers can expect to see some classic soapy drama when Mick bursts back into Walford. Viewers last saw Mick run off to Bulgaria after getting word that his daughter Nancy had been in an accident there while on vacation. The abrupt exit was necessary to accommodate the 39-year old Dyer’s sudden absence from the soap. His hiatus was preceded by reports of misbehavior both on and off set, and he’s been gone for approximately six weeks.

What kind of reception does Dyer face upon his return? Fans appear to have mixed opinions about his status, with some expressing sympathy for his circumstances, while others found the exit storyline laughable. “Still laughing at the rushed tacked on for Danny Dyer. You can see it wasn’t even rehearsed!’ one fan tweeted. It was suggested that the soap’s ratings surged in the week following Mick’s departure, but BBC exec’s denied the reported figures.

If Mick is indeed about to make a return to Walford, what set of circumstances will he be walking into? Viewers last saw him struggling to keep the bar afloat, and awash in tons of family drama. Will his time away in Bulgaria give him a new perspective in life? Stay tuned, “EastEnders,” fans, you never know what soapy drama tomorrow will bring to Walford!