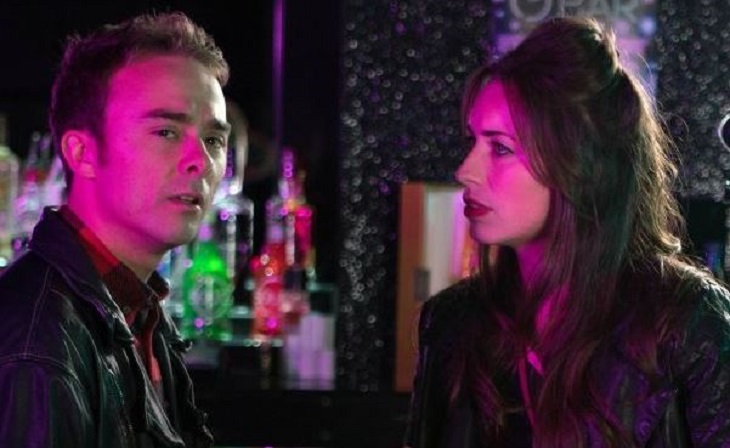 Corrie spoilers tease some ugly and surprising secrets will soon blindside the residents of, “Coronation Street,” but will innocent people have to pay the price when the truth is exposed?

Corrie viewers first learned that mysterious newcomer Shona had a secret when Gail accused her of theft. Gail jumped to the conclusion that Shona was a thief when she found her purse missing from her handbag.

Related; Coronation Street Spoilers: Michelle Back To Corrie, Will She Choose Robert Or Steve?

David, who was also at the café that day, jumped to Gail’s side and agreed that the pretty young lass was a pickpocket.

Things seemed to be at a stalemate until Roy arrived and Shona agreed to reveal the contents of her handbag in order to prove her innocence.

Viewers then saw fast-thinking Shona hide something that had been in her handbag. By opening her bag, Shona proved to the others that she didn’t steal from Gail, but unbeknownst to them, she was hiding a secret.

Fans later learned that Shona had concealed a picture of a beautiful baby from the others. Why would she go to extremes to obscure the picture? What connection did the pretty brunette have to the baby she didn’t want anyone to know about?

Coronation Street spoilers reveal that shocking secrets are set to be revealed on Corrie, and both David and Shona will be exposed!

Related: Emmerdale Spoilers: Lachlan Returns From Prison – Killer On The Loose, Who Is His Next Victim?

Shona has a connection to the late Kylie Platt, and thus to David. But Shona has no clue that Anna was injured because of David. Clayton killed Kylie, and David was on his way to murder the man when Anna was injured.

Corrie spoilers indicate that these horrible truths soon come to light, setting in motion an unforeseen chain of events.

First, Shona will learn about David’s guilt when she hears Gail talking about the secret. Gail then begs the young woman to keep her lips sealed about what she knows. But Gail is in for an even bigger shock when Shona opens her mouth and reveals surprises of her own! Could both women be hiding terrible truths about David?

The Young and the Restless Spoilers: Ashley Remains Cautious – Past Burns Left Scars