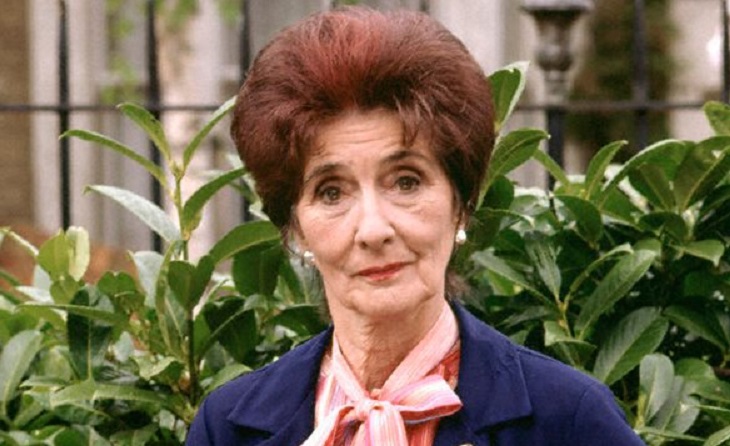 Dot Branning has been on EastEnders since 1985! Played by the brilliant June Brown she has become an icon of the show and rightly so. She has been in countless story lines and seen the square change time and time again through the years, she is truly beloved by not only the characters on the show but fans. But now we’ve heard she is to be killed off the show!

EastEnders spoilers tease that Max has been on his path of revenge for some time now but could he truly be as evil as to kill poor old Dot? We have seen him meddle in the lives of his neighbours in Walford and even his daughter Lauren but nothing has shocked us as much as this.

Whilst trying to intimidate Charlie Cotton, Max made a snide comment dripped in venom, “say hello to Dot for me.” Max here implying that he would indeed harm the god loving women if it meant he could get what he wanted.

Charlie was immediately filled with fear and asked Dot to move to Ireland with him to get away from Max, a smart plan. But will Dot give up her home? The place filled with memories of her late husband and son.

Even more worrying in the Soaps trailer we saw Dot laying on her kitchen floor, looking unconscious or even dead. Could it be Max who did this to her? It seems family means nothing to the man anymore and he could indeed hurt such an innocent.

It will truly be a shame if Dot leaves EastEnders she is one of the longest running actresses in UK soaps. Could June Brown perhaps be planning her retiremen? She is after all 90 years of age. She was the second actor in history to get a BAFTA nomination for her role in a Soap, and even holds an MBE. A truly British Icon.

The Young and the Restless Spoilers Wednesday June 7: Gloria’s Emotions Erupt – Cane Twists the Truth – Juliet Wants Billy on Her Side