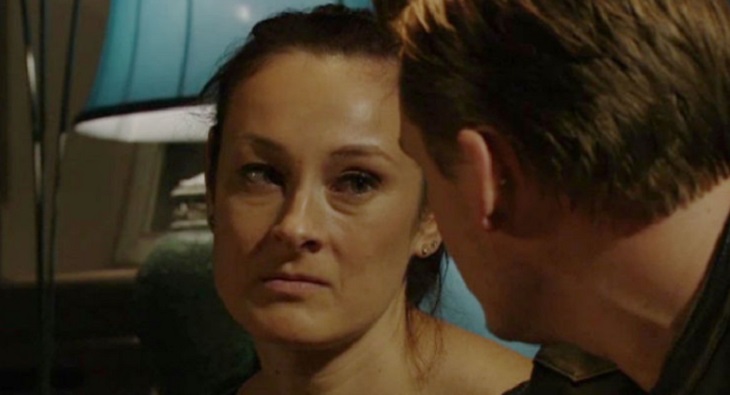 On “EastEnders,” the riddle of new barkeep Woody just got more complex when he kissed Tina! His identity and agenda have been a mystery since his sudden arrival and now he goes and does this?

Charismatic Woody seemed like a dream come true when he showed up at the crumbling, financially strapped Queen Vic. He took over barkeep duties, even brought in a little money by holding a Ladies’ Night, and has provided a sympathetic ear to Shirley and Whitney and Tina. But now that’s he’s giving Tina a little bit more than his listening skills, is he proving that he’s too good to be true?

Fan speculation has run wild that he’s in cahoots with Max Branning to take over the bar and ruin the Carter family. Credence was given to that rumor when he recently encouraged the conflicted matriarch to sell the con man the bar’s freehold. But was his advice sensible or sinister? Although he stopped short of flirting with Shirley, the same cannot be said for his interactions with Whitney and Tina!

The hunky bar man got his flirt on while he served up cocktails to Whitney, and fans flocked online to voice their opinion that he would be the one to fill the void in her life.

So viewers were shocked to see Woody getting intimate not with Whitney, but with Tina! Whoa, Tina?! Prior to their um, extracurricular activity, the two seemed to be bonding over a deep discussion about the losses in their lives: Woody’s dad and Tina’s grandma. 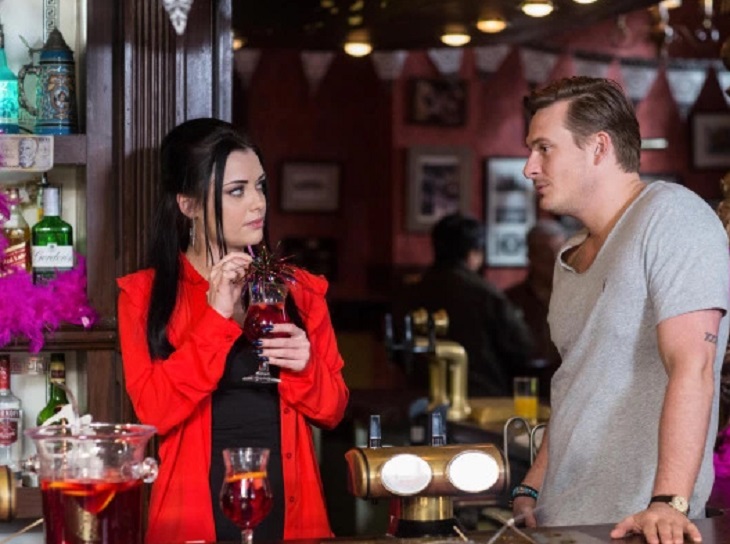 In the middle of all the intensity, Woody said, “You’re not the first lesbian I’ve ever had,” and Tina replied, “In your dreams.” But lo and behold, viewers soon saw the emotional pair kissing! Tina was drinking as she and Woody grew closer together on the couch, and he eventually removed his jacket as things heated up between them.

So fans, just where is this curveball from left field going, do you think?