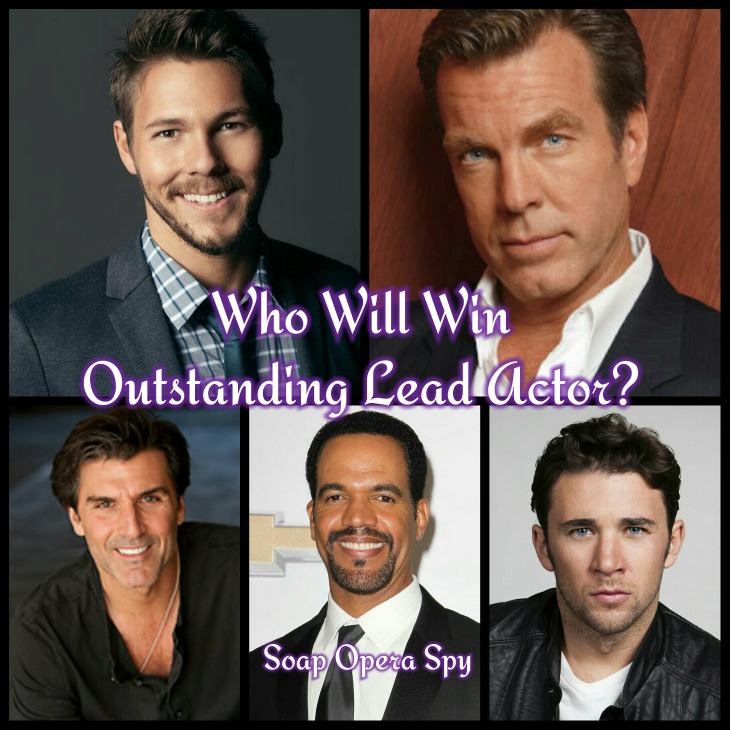 Everyone has an opinion, and we want to know yours! The 44th annual Daytime Emmy Awards takes place April 30, 2017 at the Pasadena Civic Auditorium in Los Angeles and the ceremony will be livestreamed in the U.S. by Facebook Live and Periscope Producer.

Who do you think will take home the award for Outstanding Lead Actor in a Drama Series?

Without a doubt all five outstanding nominees are worthy of the award, and here’s a rundown of their highlights for the past year.

Peter Bergman, “The Young and the Restless”

As head of the Abbott family and its business empire, Bergman always has a significant storyline as Jack Abbott. But viewers saw him shine in a conflicted performance as he see-sawed between versions of Smiling’ Jack and Dark Jack. He divorced his cheating wife, and now he’s avenging the loss by attacking Billy and Victor; is his performance worthy of an Emmy this year?

Scott Clifton, “The Bold and the Beautiful”

Clifton always seems to be part of a love triangle, and this past year was no different. But we saw a different, more mature side of Liam Spencer as he succeeded in winning Steffy’s love. Will Clifton succeed with Academy voters, too? Has he already bagged your vote?

Billy Flynn, “Days of Our Lives”

Last year Chad DiMera lived out the ultimate soap plot: his wife returned from the dead, his father was murdered, and he was redeemed by the love of a good woman. Flynn did an outstanding job of portraying the confusion and anger of a husband betrayed by his wife and father. Does he deserve an Emmy for mastering the deeply emotional material that he slayed all year long?

Vincent Irizarry, “Days of Our Lives”

Irizarry is a well-regarded soap veteran who will soon depart the shorter-than-expected role of Deimos Kiriakis. The Greek bad guy came on like gangbusters: paralyzing old women, stalking new women, brewing up mob wars, kidnapping enemies, the standard villain fare. Will his classic villain role, and upcoming departure, make him a sentimental favorite among voters?

Kristoff St. John, “The Young and the Restless”

Neil Winters has been a long time resident of Genoa City and regardless of what storylines are tossed his way, he gives them his all and delivers powerful scenes.  Although his 2016 scenes may not have been as dramatic as some of his contenders, he still made what he was given work and deserves some props.  Remember, the storylines aren’t being judged, but the actual acting.