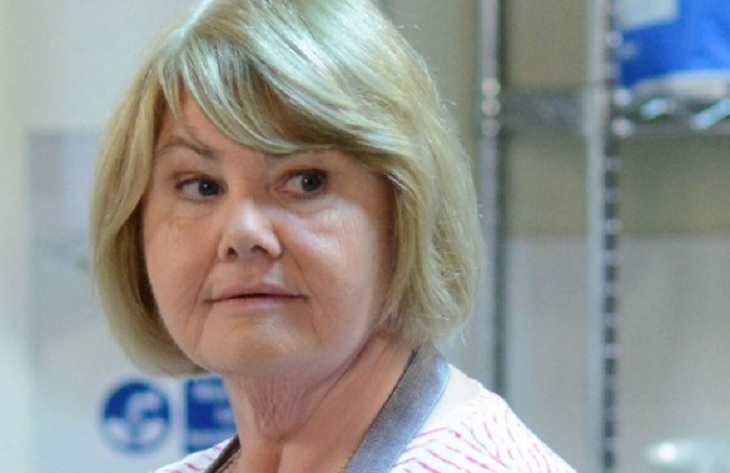 EastEnders spoilers tease that Aunt Babe (Annette Badland) is set to make a shocking return in the upcoming future! After her abhorrent meddling actions, she was cast out of the Carter household. But it seems that she is going to try to weasel herself back in once more.

Aunt Babe was found out to be a terrible and manipulative woman after months of lying and hiding her true identity. But finally, she was banished away, the Carters told her never to return.

The Carters are in a bad place right now, it could be possible for their current weakness to lead to sympathy for their shunned relative. Mick (Dany Dyer) and Linda (Kellie Bright) have had many marriage struggles, not to mention the threat of cancer hanging over Linda. With their son Johnny (Ted Reilley) still recovering from a vicious attack, they are not having the best of times. But will they have forgotten Babe’s planning so easily?

Annette Badland, who plays Babe on EastEnders said this about her return to the square, “The door is open, she is vengeful, she curses them, she says she’ll be back – and I think she will be.” Sounds promising, right?

Many fans think that she is in fact planning the demise of the Carter family as revenge, alongside James Wilmott-Brown (Willian Boyde).  As Mick is now realising he will have to sell the pub to stay afloat. Could she be the criminal master mind behind this plot? After all she is a proud woman and she has a past of delinquency. She sold babies! Not exactly a saint.

Related: EastEnders News: You Can Live On Albert Square!

Would you like to see her return to EastEnders to mix things up even more with the Carters? Or do you wish that she would stay well away from the square? It’s about time that we had another baddie besides Max (Jake Wood) causing drama.

Let us know what you think in the comments below and check back for more EastEnders spoilers right here!