The Young and the Restless Spoilers: Ashley Remains Cautious – Past Burns Left Scars 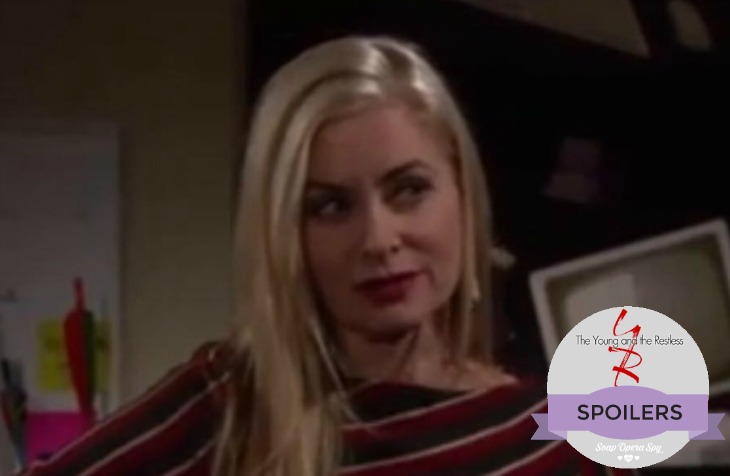 Ashley (Eileen Davidson) is ever-cautious on ‘The Young and the Restless’. She’s hardly desperate for a date and is genuinely focused on her efforts at Jabot, which includes keeping an eye on that rascal Jack (Peter Bergman). It’s not that she’s been hesitant to jump into a relationship with Ravi (Abhi Sinha). Instead, Ashley honestly didn’t consider him to be an option.

She didn’t notice Ravi’s crush at first. Her aforementioned brother pointed out that fact to ‘Ash’. She later acknowledged Mr. Shapur’s interest, but told him that she was his boss and that he was a valued worker. However, Ravi’s persistence continued.

Ravi eventually challenged Ashley in a manner that was accepted as a sincere and warm-hearted gesture. Issues involving work place romance, the age gap between them and general compatibility served to make Ravi’s points ones to consider, rather than brush off.

Far different than past beau’s and husbands, Neville (as she often called him) appeared to expand Ashley’s personal potential. But Knight’s time on Y&R ended approximately a year after it started (2015-2016) and ‘Sashley’ never had a chance to fully form.

Sinha’s character is somewhat similar to Knights, in that both men didn’t have domineering personalities and are surely nerdy. Ashley benefited from Simon’s soft touch. Ravi has clearly demonstrated the same type of vulnerability that makes him endearing. He appears to possess the ability to eventually push Davidson’s character in a less tense direction.

Ashley seems likely to give Ravi a shot. She’s actually taken Phyllis’ (Gina Tognoni) recent words to heart, which is really saying something. Possibly their upcoming business trip to New York, which is scheduled to include a night out at The Met, will prove to be the milestone moment when ‘Rashley’ begins.