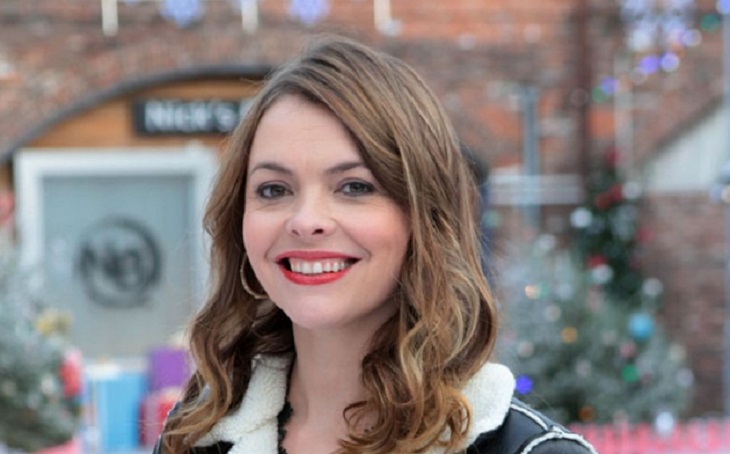 No one can argue that Tracy’s logic was sound when she decided to run off with Rob. He just escaped prison, and she thinks the right decision is to help him elude the police? But now that she’s gone and involved her daughter Amy, how can anyone defend her?

It seems that her portrayer, Kate Ford, is in no hurry to throw Tracy under the bus! In an interview with the Express, the brunette actress shut down any speculation that fans have seen the last of Tracy.

Although she acknowledges that she might like to explore other roles, she realizes that she has a good thing going with her current gig.

The level-headed actress (so unlike her alter ego!) reassured fans by saying that she has, “got to be practical. I’ve got a family and bills to pay and a good job here at Coronation Street.” 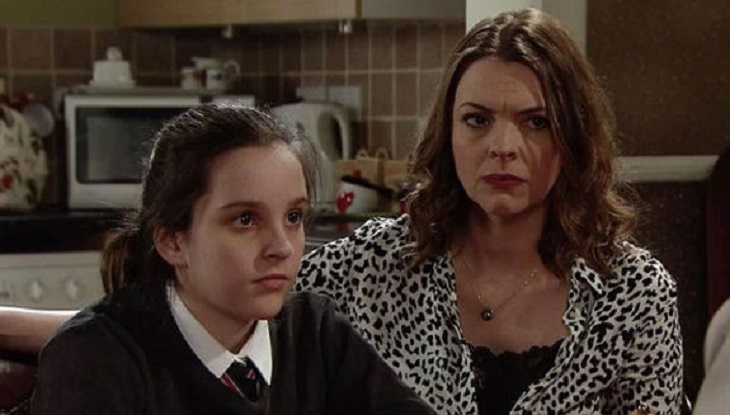 Corrie fans should know that for the time being, they will have Tracy on their screens to root for. “It doesn’t mean I won’t do other things one day,” she explained, “but right now I have a child to support, so I have to prioritize.”

Was Tracy prioritizing when she brought Amy into her triangle of deceit? Maybe Tracy is savvier than it seems, because she now believes that her daughter may be responsible for pushing her grandfather Ken down a steep and scary staircase!

Could sweet-faced Amy be capable of such premeditated mayhem? It’s not an easy concept to wrap one’s mind around, but Amy is among the suspects. Thus far the police have not determined a motive for the crime, so anyone and everyone on the cobbles is fair game.

Or did dastardly Rob do the dirty deed? What will desperate Tracy do if she discovers that someone she loves tried to kill her father?  Let us know what you think in the comments below and don’t forget to check Soap Opera Spy for more Corrie spoilers and news right here.

Emmerdale Spoilers: What Happens Next For Pierce and Rhona – Will Justice Be Served?